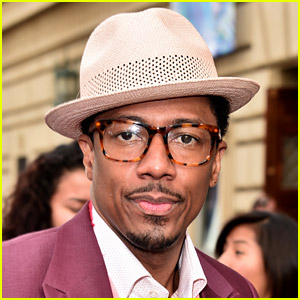 Nick Cannon sees the jokes about how busy he’s been fathering children, and he is a good sport about them.

In case you missed it, the 42-year-old star welcomed his 12th child – a daughter named Beautiful Zeppelin Cannon with Abby De La Rosa – last week. The news came shortly after he announced that he was expecting another child with Alyssa Scott.

Celebrities like Ryan Reynolds and the general public alike trolled Nick about his fatherhood. He took to social media to react to one of the most popular memes floating around the internet, and he had a great response.

Click inside to find out what Nick Cannon had to say…

The star shared a meme on Instagram that featured a National Geographic prediction about what the American population would look like in 2050. A doctored version of the photo features Nick‘s face superimposed over each image.

“Wow,” he wrote in the caption, which also featured a laughing emoji. “Everybody got jokes!”

If you were curious, here is a round-up of all of Nick‘s kids, including their names, ages and who their mothers are. Did you see that he weighed in on the rumor that he pays a staggering amount of money in child support?

Florida teacher used whistle to disrupt Muslim students' prayers while telling them 'I believe in Jesus!'