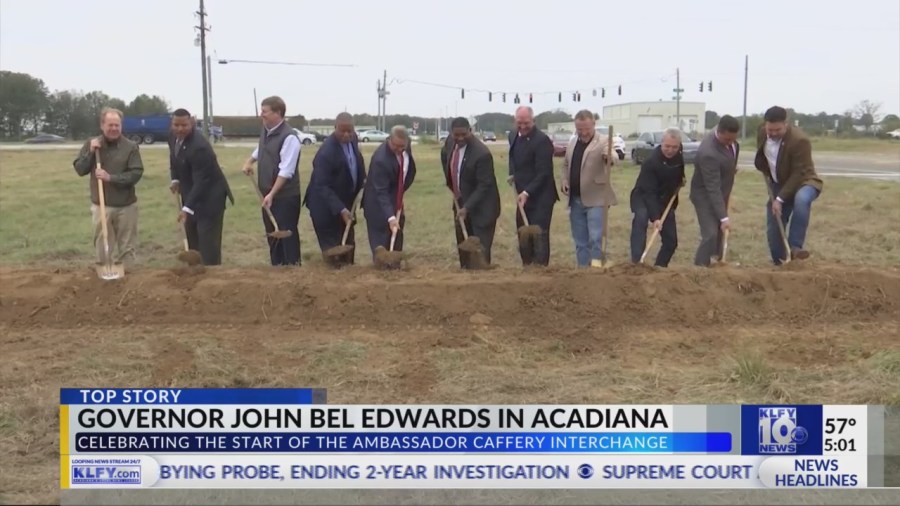 It's the latest infrastructure investment in Louisiana.

With a $400M budget, the interchange will allow for easier accessibility to surrounding areas with wider lanes and better hurricane evacuation.

The new infrastructure project will have a beneficial effect on other highways; decreasing pedestrian accidents.

"This I-49 south even to the north of where we are now is critical not only to transportation but it' is critical to stop these pedestrian deaths on the highway."

Describing the work as being transformative, Secretary Wilson says the interchange will impact surrounding businesses and areas providing more accessibility.

He says its not just infrastructure being built, but also a community.

"So when it comes to this project, Ambassador Caffery interchange, we're not just building infrastructure, we're building a better community."

'Lady A' singer: Grammy-nominated Christian song is a message world needs to hear

Evero Joins Panthers After Broncos Released Him From Contract