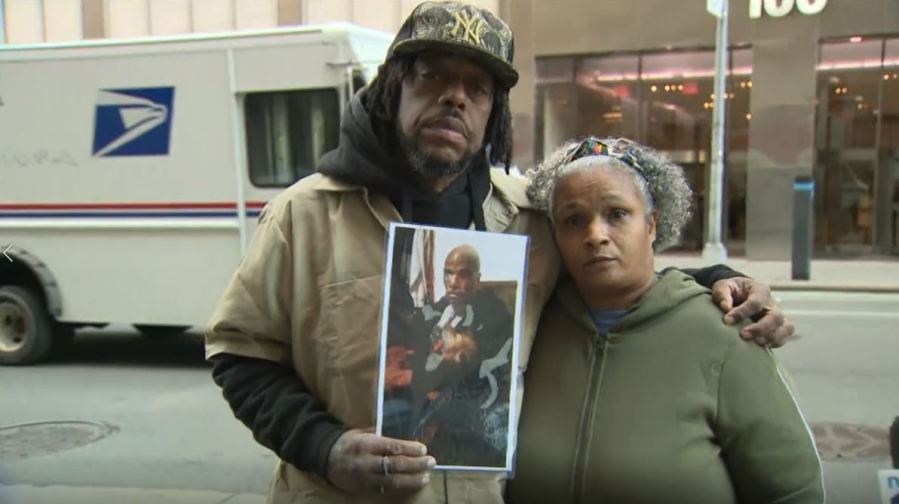 BROOKLYN, N.Y. (PIX11) -- An NYPD van struck and killed a man in Brooklyn in April. More than seven months later, the victim's family is demanding answers and calling for the officers involved to be fired.

"The cops murdered my brother and swept it under the rug," said Julie Floyd.

Floyd's brother, 53-year-old Ronald Anthony Smith, was standing in the painted median at the intersection of Eastern Parkway and Schenectady Avenue in Crown Heights. It was around 8 p.m. when the marked NYPD van was allegedly speeding and trying to make the light.

The New York Attorney General's office has opened its own review into the incident. Smith’s loved ones claim the city has not been forthcoming with the surveillance video and they were only able to view it at the AG’s office.

"The video clearly shows the NYPD driving, speeding on the median, when there was no reason for them to be on the median," said Loyda Colon, with Justice Committee, the organization helping the family seek answers. "They were simply transporting people from one location to another, it was not an emergency."

The surveillance video has also not been publicly released. The family says they have been fighting to get their own copy of it. His sister reacted to what she saw.

"Absolute horror that they could do something like that to another person and didn't even stop," said Floyd. "What were they doing that they didn't see the body on the roof of the van and kept going for another 35 feet, a whole other block just about, and then to just drag him off to the side like a dead dog, is that is that how we’re treating humans now, is that what the cops are doing?"

2 historic buildings could be demolished in Greenwich Village

The NYPD has remained tightlipped about what led up to the crash. They would only tell PIX11 the incident remains under investigation by the Force Investigation Division.

Correspondence with My Preschooler Regarding Our Updated Dinner Policy