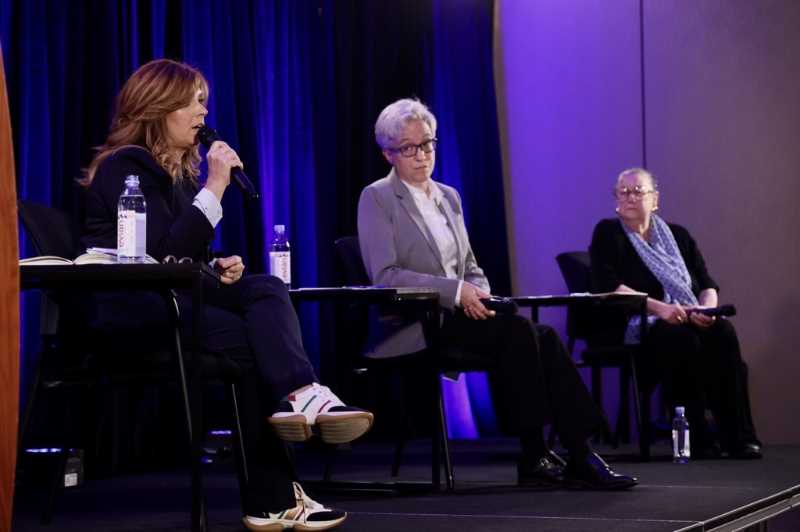 In Drazan's concession on Friday, the Republican nominee said that “a majority of Oregonians supported a candidate that did not win.” The statement was in reference to Kotek receiving close to 47% (less than half) of the total vote, according to unofficial election results. Drazan, meanwhile, received about 43.5% of the vote.

Johnson, a rogue candidate who did not align herself with any specific party, was able to secure 8.6% of the vote — a portion large enough to have potentially swung the election in Drazan’s favor had Johnson not appeared on the ballot.

However, Portland State University Department of Political Science instructor Jack Miller told KOIN 6 News that this outcome would have been unlikely.

“I would say that of the 8% of people who voted for Betsy in the end, there's probably a roughly even split of people who would've gone for Drazan and for Kotek, or who would've voted for nobody if Betsy hadn't been in the race,” Miller said. “Betsy probably hurt each major candidate roughly equally, and even if she hurt Drazan a bit more, with a roughly 3 to 4% win by Kotek, I don't see the outcome having gone Drazan's way if Betsy hadn't been in it.”

The outcome, Miller said, was likely tied to the strong turnout among Democrats in the general election, which was an observable factor in Oregon and around the U.S. Close races in Oregon’s 4th, 5th and 6th congressional districts, he noted, may have also given Kotek the edge in securing the election.

“I'm especially convinced that Betsy didn't spoil it for Drazan given the gubernatorial and Congressional patterns that obtained in other states, with Democrats outperforming expectations,” he said. “I will credit myself with predicting a 3 to 5% Kotek win even though the polls had it dead even because I figured Democratic intensity would be the difference maker. With voter turnout in Oregon above the previous midterm election in 2018, when it was already pretty high, it's likely that it was that intensity, felt especially in Districts 4, 5, and 6 with close House races, that probably gave Kotek the comfortable margin of victory she ultimately enjoyed.”

Lewis and Clark College Political Science Professor Ben Gaskins also shared his expert opinion on the potential outcomes of the race. Based on his assessment, Kotek was likely more negatively impacted by Johnson’s bid than Drazan.

This conclusion, Gaskins said, was partially based on his observations made in the senate race between Democrat Ron Wyden and Republican Jo Rae Perkins. This race, he said, is an example of how the gubernatorial race may have turned out without Johnson’s influence.

“If you compare the governor's race to the senate seat, Wyden got 56% of the vote for senate and Kotek got only 47% for governor,” he said. “Meanwhile, Johnson is receiving just under 9% of the Governor vote, which accounts for most of the difference in tallies between Kotek and Wyden.”

While Drazan outperformed Perkins by a few percentage points, Gaskins surmises that the same chunk of voters who supported Wyden and Johnson would likely have opted for Kotek if Johnson wasn’t an option.

“It really does look like the voters who supported Drazan voted for Perkins, and 9% of the Wyden voters went for Johnson instead of Kotek,” he said.

KOIN 6 News reached out to Johnson and Drazan for their input on the results of the election. Johnson declined to give any additional comments that weren’t included in her concession speech. Drazan initially responded to the inquiry but did not say if she believed that she could have captured a winning number of votes with Johnson off the ballot.

Earl Clark relieved as NLEX stays in race: ‘I’m dying for the playoffs’

Today24.pro
Billionaire investor Howard Marks touts a bargain boom as interest-rate fears grip markets - and predicts a surge in companies going bankrupt One of The Greatest Britons in History - Joe Calzaghe ‘How many Uber drivers does it take to pick up a disabled person?’: Disabled person says 3 Uber drivers canceled on them because of their service dog RoboCV: stacker robot