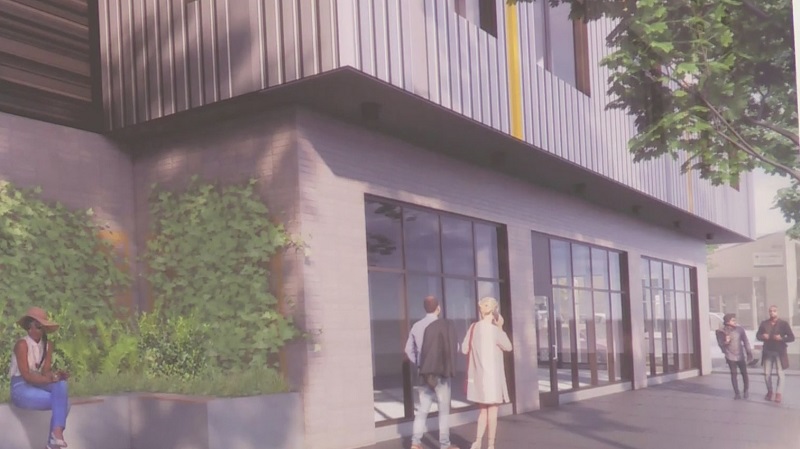 PORTLAND, Ore. (KOIN) --A new affordable housing project in North Portland, with more than 100 units planned, is hoping to fight the gentrification of the Alberta neighborhood.

Over the next decade, 20,000 more units are planned across the city. But that may not be fast enough to curb the housing crisis.

The Alberta project shows how hard this issue can be. The city owned the land, Metro had money to pay for some of it, but it still took about a year to break ground -- and won't be finished for another year.

Tony Hopson Sr., the president and CEO of Self-Enhancement Inc., said it's exciting "to be able to do something to bring more low income housing back to this area."

"As we provide the in-school, after-school programs for kids, as we provide the social services for families, that's only a part of it," Hopson said. "We can provide all of that but they get pushed out of our area."

This 62-unit affordable housing project is one of three that will bring more than 100 units to the Alberta neighborhood, prioritizing bringing Black businesses and families of color back to a neighborhood developers has been gentrified for years.

"The need is not going away," Hopson said.

Ryan said he wants to streamline the permitting process.

"We have again too many handoffs so we have to streamline the system and we are. We have some great steps that are taking place now. We also had to get data for where we are now and where we are going," he said.

"It's important that we act with urgency and the scale to address this issue," Mayor Ted Wheeler said.

Wheeler and Chief of Staff Sam Adams provided details to neighborhood associations about what these sites would include. They said the campsites will be low barrier, while barring weapons, drugs and alcohol. Names and dates of birth will be taken. There will be no camping near the campsites and people will be referred to the site.

Adams said there will be "mental health, physical healthy and substance abuse services to bring more of Portland's unhoused to the services that are available."

Last week, Wheeler asked the city council to approve a $27 million down payment for the camping ban effort. A vote on that request comes Thursday.

He Reminds Me Of – Scout Compares Tottenham Teenager With Germany Legend

AMC Networks booted its CEO after only 3 months, gave her a $10 million payout, and cut about 20% of its staff. So much for workers being empowered.