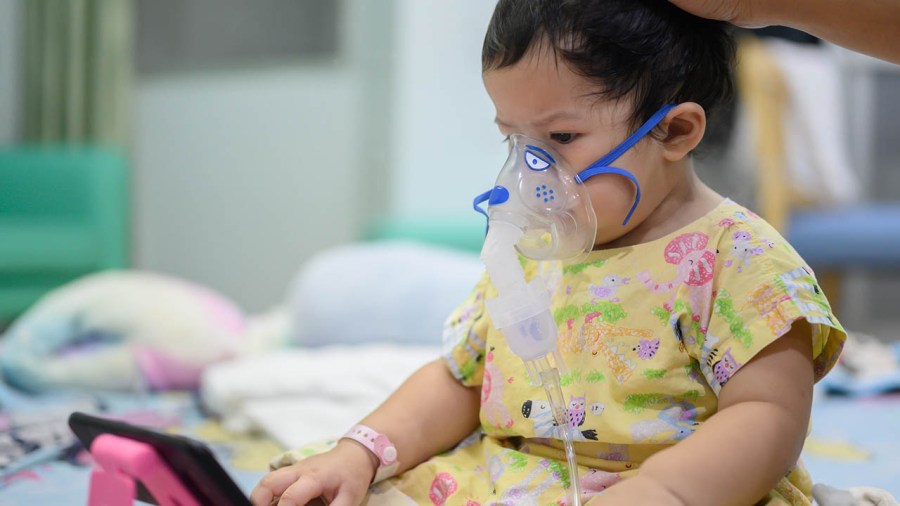 Cases of the virus, commonly known as RSV, have been rising across Oregon for the last four weeks. Brown said this executive order will give hospitals more flexibility to staff beds for children by allowing them to use a pool of medical volunteer nurses and doctors.

RSV is common and typically presents itself with cold-like symptoms. People suffering from it often experience a runny nose, decrease in appetite, coughing, sneezing, fever and wheezing. However, according to the Mayo Clinic, symptoms can be more severe for young babies, especially premature infants, older adults, people with heart and lung disease, or anyone with a weak immune system.

In severe cases, an RSV infection can spread to the lower respiratory tract, causing pneumonia or bronchiolitis. Symptoms to watch for include fever, severe cough, wheezing, rapid breathing or difficulty breathing, and a bluish color of the skin due to lack of oxygen.

Infants are most severely affected by RSV. Symptoms of severe RSV infection in infants include short, shallow and rapid breathing; struggling to breathe; cough; poor feeding; unusual tiredness; and irritability.

Most RSV infections go away on their own in a week or two.

It spreads through virus-containing respiratory droplets produced from coughing and sneezing. The CDC says almost all children will have had an RSV infection by their second birthday.

Brown said this executive action will help ensure hospitals have what they need to care for sick children.

“As the country faces a surge in pediatric RSV cases, we want to make sure Oregon’s hospitals have access to the tools they need to provide care for sick kids,” she said.

The Oregon Nurses Association said it supports the governor’s executive order, but said it’s disappointed the state agencies, including Oregon Health Authority, were not more proactive in implementing public health interventions to mitigate the emergency.

“The RSV crisis did not happen suddenly. In fact, it has been building over the past weeks and months. Yet we have not seen robust public health interventions that would have mitigated this crisis and prevented more Oregonians from getting sick, including public health campaigns focused on parents and schools asking them to keep children home if they are sick or show signs of illness,” ONA wrote in a press release.

The association said the state could have also encouraged mask use, handwashing and practicing social distancing.

The nursing organization is calling on hospitals to delay all elective surgeries during the surge in respiratory illnesses. It’s also asking hospitals to incentivize nurses who agree to work the extra shifts that are needed to address the crisis. The organization would also like more support from ancillary and administrative staff.

ONA said this is the beginning of what will likely be a 12-week-long surge and suggests everyone takes steps to protect themselves and their children from exposure to RSV, COVID-19 and the seasonal flu.

The Oregon Health Authority encourages everyone to stay up to date on flu and COVID-19 vaccinations, to keep children home when they are sick, to clean and disinfect surfaces that get touched often, and to wash their hands thoroughly and frequently.

Anyone with questions about their child’s care should call their health care provider or visit an urgent care center. The governor’s office asks parents to only bring their children to the hospital if they are showing signs of severe illness.

Elon Musk: Twitter in 'battle for the future of civilization'

Today24.pro
Billionaire investor Howard Marks touts a bargain boom as interest-rate fears grip markets - and predicts a surge in companies going bankrupt One of The Greatest Britons in History - Joe Calzaghe I make $1,000 a month by promoting Amazon products on social media. It only takes 5 hours per week — here's how I set up my side hustle. ‘How many Uber drivers does it take to pick up a disabled person?’: Disabled person says 3 Uber drivers canceled on them because of their service dog