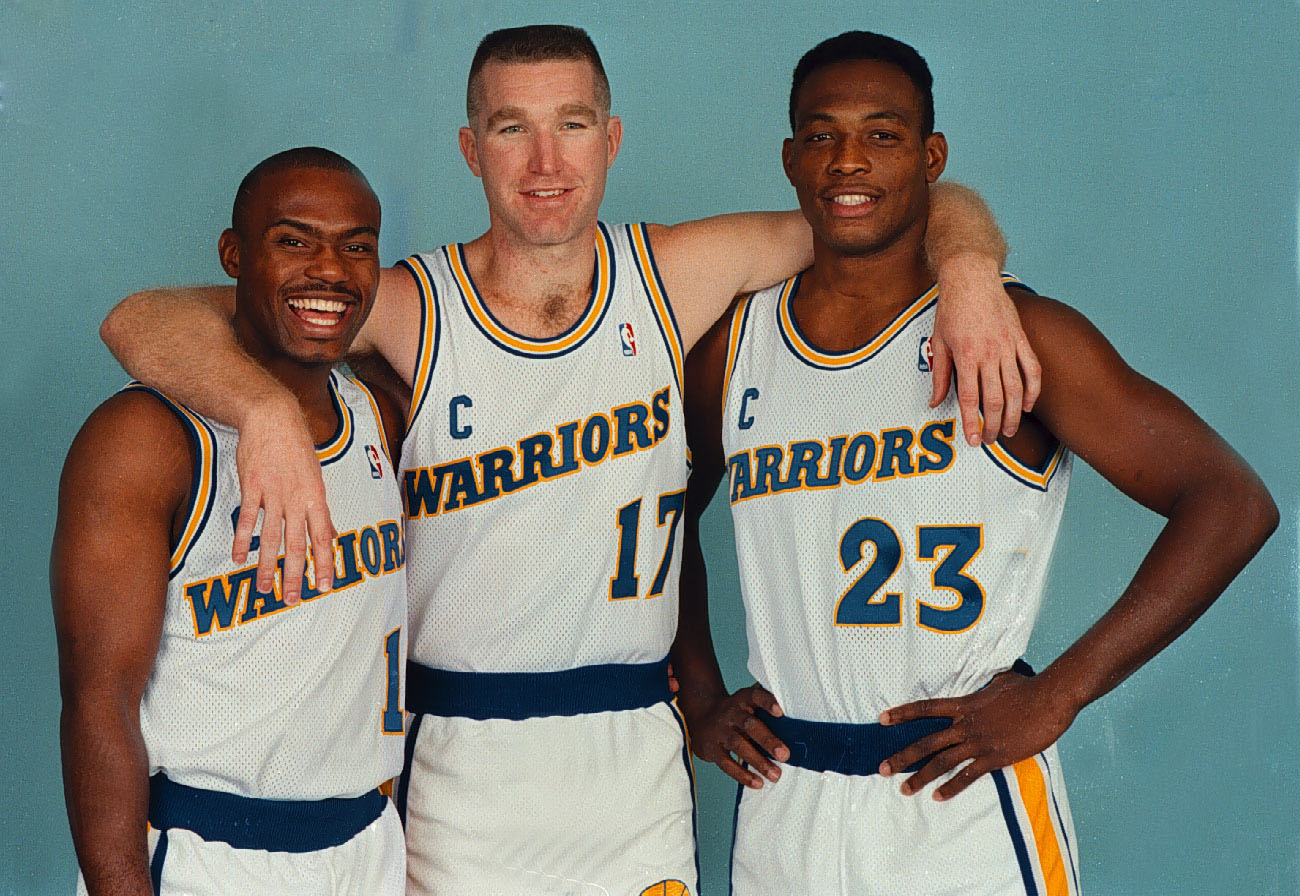 SAN FRANCISCO — The last time the Warriors opened the season with an 0-7 road record, Tim Hardaway was a rookie and the trio of him, Mitch Richmond and Chris Mullin had yet to have earned its nickname, “Run TMC.”

Hardaway remembered some of the growing pains that came with the start of what ultimately became a Hall of Fame career. But what he didn’t recall was that the Warriors didn’t win a road game until mid-December.

“Wow, really?” Hardaway said Monday when told his rookie campaign was the last time the Warriors struggled this bad away from home. “Way to bring us in.”

Hardaway, Richmond and Mullin weren’t at Chase Center to talk about the Warriors’ early-season road woes. Instead, the iconic trio was there to takeover the broadcast booth, in part, to celebrate Hardaway’s Hall of Fame enshrinement this summer that officially immortalized Run TMC in Springfield, Massachusetts.

But Hardaway and Mullin did offer some insight on to why the Warriors are struggling to get their first win away from home.

Hardaway, known for his killer crossover, was still adjusting to the transition from college to the NBA.

Mullin said Hardaway’s assessment of the 1989-90 start was reflective to what the current team is going through. He noted that the Warriors are a “very young” bunch with six players on the bench 23 and under. With that inexperience, the secondary unit is still “trying to figure things out,” he said.

“This is a unique situation with this group because you’re talking about a dynasty and trying to extend beyond a dynasty and trying to extend way beyond any dynasty we’ve seen in the past,” Mullin continued. “The Celtics, the Lakers, the Bulls, they all broke up before this point in time. So they’re trying to extend this run with Steph [Curry], Klay [Thompson], Draymond [Green] and Andre [Iguodala] into their mid-30s. That’s a tough thing to do. It’s very early in the season. So trying to bridge that gap and find the connection with the first units and second unit.”

Mullin said the adversity last season’s team experienced on its way to the championship might’ve been tougher than what the current team is dealing with. Thompson, Green and Curry played only 11 minutes together in the regular season due to injuries before they were reunited in the first round of the playoffs.

“They got it together at the right time,” Mullin said. “Even the Finals, I thought that was somewhat a bad matchup athletically and they got their defense together and figured it out.”

Mullin believes it might be better that the 5-8 Warriors is facing hardships this early in the season. He believes it’s just a matter of time before the group gets its season back on track.

“Between [Jonathan] Kuminga, Moses Moody, and James Wiseman, they’ll figure it out,” he said. “It’s just trying to connect those starter who have it figured out, they read and react on offense and defense perfectly. They’ve been togehter for a decade, that’s a long time to expect them to just figure it out and play the same way.”

Today24.pro
RoboCV: stacker robot One of The Greatest Britons in History - Joe Calzaghe ‘How many Uber drivers does it take to pick up a disabled person?’: Disabled person says 3 Uber drivers canceled on them because of their service dog Billionaire investor Howard Marks touts a bargain boom as interest-rate fears grip markets - and predicts a surge in companies going bankrupt