Betting on sporting events is a common activity in many countries throughout the world, especially in the UK, and there are many different explanations for why this is the case. People of the UK enjoy betting on a number of sports, however, we have seen a growth of bets placed on basketball by the British through online sportsbooks. Let's discuss it! 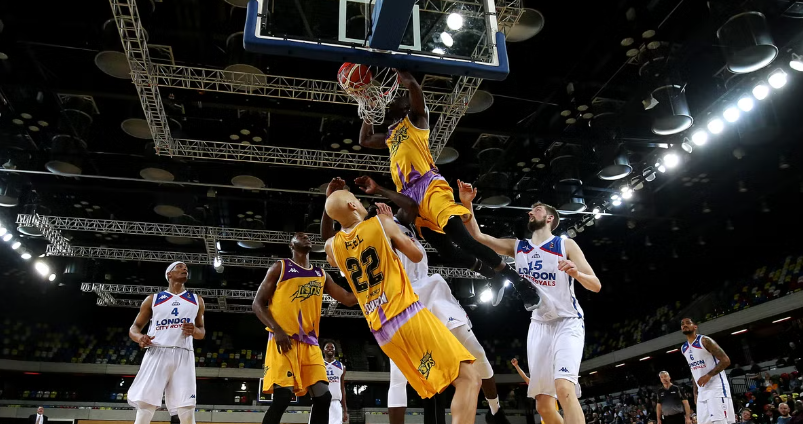 Online Basketball Betting In The UK

The rise in popularity of the sport has led to a corresponding rise in the number of wagers put on it. If you go to the website of any major online bookmaker, you won't have any trouble finding basketball betting among the wide variety of other sports that are offered. Could basketball soon become the most popular sport for betting in the UK? Well, its recent steps definitely look promising.

It would not come as a surprise to notice an increase in the number of bets placed on basketball in the UK, given that the popularity of the game appears to be on a rebound. When looking at the number of different markets that are provided by most betting sites, you could get a pretty good idea of how basketball is impacting the sports betting industry in the UK. In addition to the odds of winning the match outright, you may now wager on markets such as the handicap, sometimes known as the "spread," the winning margin, and the total match points, to mention a few.

According to the findings of a recent study conducted by the UK Gambling Commission, residents of the UK spend more than $14 billion annually on gambling activities. It is about time for basketball to receive a larger portion of this revenue.

The General Growth Of Basketball As A Sport

Basketball is largely contributing to the sports betting industry, and the journey which the sport has made in the UK is quite fascinating! You wouldn't necessarily expect the topic of conversation to turn to basketball if you were to ask people in the UK about their favorite sports to follow. However, over the past few years or so, the sport has gained quite some momentum, and as a result, the number of people participating in and watching the sport has been steadily increasing.

The Early Days Of Basketball

The history of basketball in the UK isn't exactly spotless. Established in 1987, the British Basketball League (BBL) experienced explosive growth in the early 1990s. This was most likely attributable to the growing popularity of the NBA, holding many well-known matches such as the recent match of Warriors against Kings, in the UK. During this time, future Hall of Famer Michael Jordan rose to prominence in the sport, which motivated an entire generation to get involved in basketball.

Basketball in the UK experienced a healthy progression over the course of the following decade, with record attendance and commercial sponsorship deals that even rivaled football. The likes of well-known companies all attached their brands to the new venture, which helped the sport to compete with football on a commercial level. Up until the early 2000s, it seemed as though basketball was going to be the most popular leisure in the UK, even surpassing betting on football as the most popular activity overall.

The turn of the millennium brought about a change in its luck, though. ITV Digital, which was slated to become the most major subscription-based sports channel in the UK, was unable to stay afloat. The British Basketball League was expected to earn more than 21 million pounds in television revenue as a direct result of the arrangement, however, they did not receive the necessary funds. As a consequence of this, a number of BBL teams, including the Essex Leopards, Birmingham Bullets, and the Manchester Giants, withdrew from the league, while some franchises went out of business entirely as a result of the strain placed on their finances.

The basketball industry in the UK has only recently begun to get back on its feet. In 2012 and 2014, the BBL play-off finals were held in front of sold-out audiences at the Wembley Arena. In 2015, the finals were moved to the 02 Arena in London, where a record number of people attended. Since then, franchises have continued to expand their facilities and construct the essential foundations for the sport to once again reach its peak in the UK, and the efforts that the BBL and the franchises have made over the past decade appear to be paying off, as Leicester became the first British basketball participant in Europe in 11 years, having played in the Basketball Champions League and the FIBA Europe Cup during the 2018/19 season.

Before developing into the highly competitive sport that it is today, basketball in the UK had to overcome a significant amount of opposition. At one point in time, there was a widespread view that an American sport would never catch on in the UK. Many events try their hand at different marketing strategies in attempts of selling out their tickets, but these days, basketball is so popular that most events effortlessly sell out their tickets in under an hour!

Today24.pro
Portuguese artist Santiago Ribeiro exhibit in Moscow The Darkest Secret and Tragedy of Edwin Valero Sam Bankman-Fried could face extradition from the Bahamas to the US: Here's how, legal experts explain Anthony Joshua returns to America in search of new coach ahead of boxing return and links up with trainer Virgil Hunter