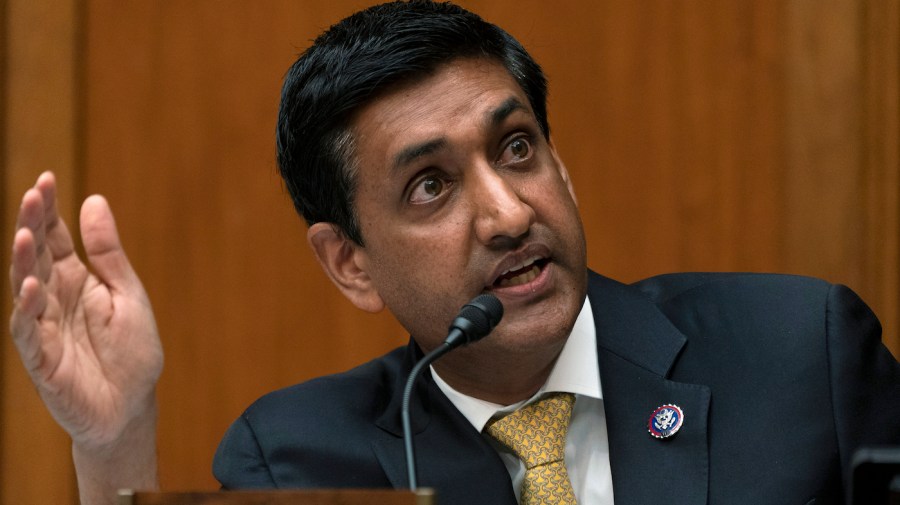 Rep. Ro Khanna (D-Calif.) said on Monday that House Speaker Nancy Pelosi (D-Calif.) “deserves the chance to lead” amid talks of potential changes ahead of the party’s leadership elections.

Anchor Jake Tapper on CNN’s “The Lead With Jake Tapper,” asked Khanna, one of the deputy whips of the Congressional Progressive Caucus (CPC), if the caucus will support having Pelosi as the leader in the new congressional term.

Tapper mentioned that Rep. Pramila Jayapal (D-Wash.), the CPC’s chairwoman, avoided answering the question of whether her caucus will support Pelosi holding the Democratic leadership position for another term.

“I support the Speaker. I think she has been incredible in her leadership,” Khanna told Tapper during Monday’s segment, citing the “courage” Pelosi showed during the Jan 6., 2021, attack on the Capitol and following the violent attack on her husband, Paul Pelosi, at their California residence last month.

“She showed courage in certifying the election after Jan. 6. She’s shown incredible courage to still be out there after the heinous attack on Paul Pelosi,” Khanna said, noting he will also support other potential candidates if Nancy Pelosi doesn’t run. “Again, she deserves the chance to lead, and if she chooses to lead, she’ll have my support.”

“If she makes way for a new generation … then of course I’d support the new candidates,” he said.

Khanna’s remarks come a day after Jayapal sidestepped questions during a CPC press conference about potential House leadership bids for herself and Pelosi as the party prepares for its leadership elections later this month.

“We always consider all people who are running very carefully, and we usually have a set of things that we ask for as the progressive caucus as part of those negotiations, and we’re looking forward to seeing them,” Jayapal said at the news conference, adding that she’s focused on getting more progressive victories in undecided election races.

In an interview on CNN’s “State of the Union,” the Speaker told co-anchor Dana Bash that she has been asked by colleagues to stay in a leadership role within the party due to Democrats' performance in last week’s midterm elections.

“My members are asking me to consider doing that,” Pelosi told Bash. “But, again, let’s just get through the election.”

Report: College Football Playoff set to expand to 12 teams in 2024 after agreement with Rose Bowl

Yankees Have Offered Aaron Judge Deal Worth About $300 Million, per Report

Today24.pro
I make $1,000 a month by promoting Amazon products on social media. It only takes 5 hours per week — here's how I set up my side hustle. RoboCV: stacker robot LAMB BUTTER Will Melt in Your Mouth! Ancient Food on the Silk Road! One of The Greatest Britons in History - Joe Calzaghe