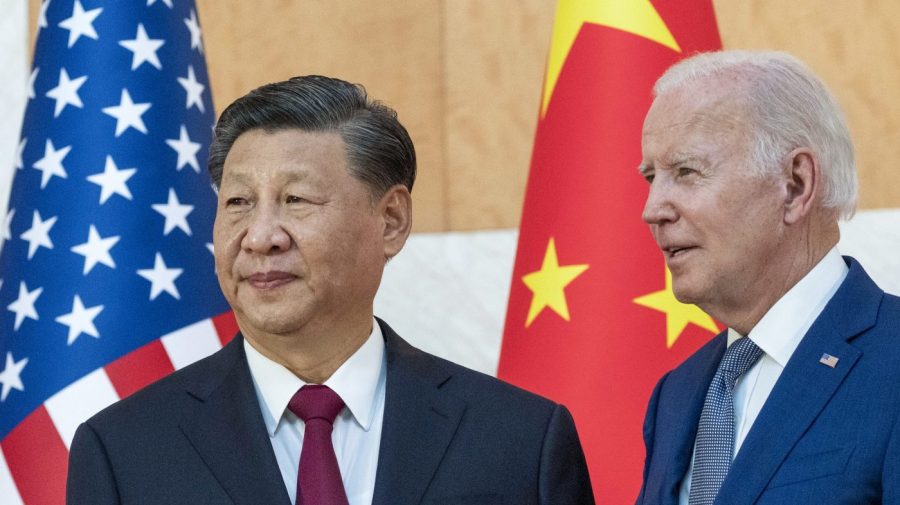 The White House says the U.S. and China will resume cooperation on climate. Meanwhile, a COP27 draft includes a “loss and damages” fund, and five Senate Democrats want answers on a mine safety rule.

This is Overnight Energy & Environment, your source for the latest news focused on energy, the environment and beyond. For The Hill, we’re Rachel Frazin and Zack Budryk. Someone forward you this newsletter?

The U.S. and China will once again collaborate on issues related to climate change, according to a White House readout of a meeting between President Biden and Chinese President Xi Jinping.

The readout said that Biden “underscored” that the countries need to work together to address global challenges including climate change.

How’d it go? “The two leaders agreed to empower key senior officials to maintain communication and deepen constructive efforts on these and other issues,” the readout stated.

Additional issues that the U.S. and China would work together on include debt relief, health security and food security, according to the White House.

The resumption of climate collaboration comes after the countries stopped working together on the issue earlier in the year. China halted its cooperation with the U.S. after Speaker Nancy Pelosi’s (D-Calif.) visit to Taiwan in early August.

How we got here: The two countries had agreed to work together on climate change during last year’s global climate summit, known as COP26. The partnership is notable since China and the U.S. are respectively the world’s largest and second-largest emitters of greenhouse gasses. This year’s conference started this month.

Biden and Xi met during the Group of 20 summit in Bali, Indonesia.

Read more about the meeting here.

A draft agreement for the international COP27 climate summit includes funds for “loss and damages,” a long-sought provision paying reparations to countries on the frontlines of environmental disaster.

The draft, released Monday, must be agreed to by the nearly 200 nations attending the conference, and will likely undergo major amendments if it survives that process at all.

What’s in it? Under the draft text, participating countries would begin a two-year implementation process and be ready to put a funding mechanism into action no later than COP29 in 2024.

The nations at the greatest risk from climate change have long called for such a fund from developed and Western nations. Developed countries like Canada, Denmark and Germany have signaled support for the idea before, but it has historically gotten nowhere at the COP summit, with wealthier nations unable to agree on their own liability for greenhouse gas emissions.

Earlier this year, U.S. climate envoy John Kerry said the U.S. was open to loss and damages, saying American delegates are “100 percent ready” to discuss it.

Read more about the draft here.

Kerry: Some countries may retreat from climate goal

U.S. climate envoy John Kerry said Sunday that “a few” countries are resistant to mentioning a 1.5 degree Celsius global warming goal in whatever agreement emerges from the COP27 summit in Egypt.

Kerry did not name any particular countries in his remarks.

Global governments committed to the 1.5 degree limitation as a goal in the Paris Agreement signed in 2015, but international progress on the climate front has been slow — and the U.N. has said the world’s warming will fail to stay within that threshold if significant actions aren’t taken. It warned the consequences could be devastating.

But: Over a week into the conference, negotiators are reportedly growing frustrated with the slow pace of talks.

Five Democratic senators whose states comprise much of Appalachia wrote to the federal mine safety regulator Monday, questioning the delay in new standards for exposure to a compound linked to incurable respiratory diseases.

In a letter to Mine Safety and Health Administration (MSHA) Assistant Secretary Chris Williamson, the senators noted that the Labor Department had projected a new rule on silica exposure would be released in January 2022. However, they noted, it has yet to be released as of November. Signers of the letter included Sens. Joe Manchin (D-W.Va.), Sherrod Brown (D-Ohio), Bob Casey (D-Pa.), Mark Warner (D-Va.) and Tim Kaine (D-Va.).

Silica exposure has been tied to respiratory ailments such as silicosis, black lung and progressive massive fibrosis, a late-stage form of black lung in which large masses form in the lungs’ upper lobes.

Read more about the letter here.

That’s it for today, thanks for reading. Check out The Hill’s Energy & Environment page for the latest news and coverage. We’ll see you tomorrow.

Today24.pro
Goldman issues stock market warning Crypto Lender Matrixport Raises Valuation to $1.5B Despite FTX Collapse It's not just you. Disney's CEO reportedly thinks its theme parks have gotten too expensive. ‘How many Uber drivers does it take to pick up a disabled person?’: Disabled person says 3 Uber drivers canceled on them because of their service dog