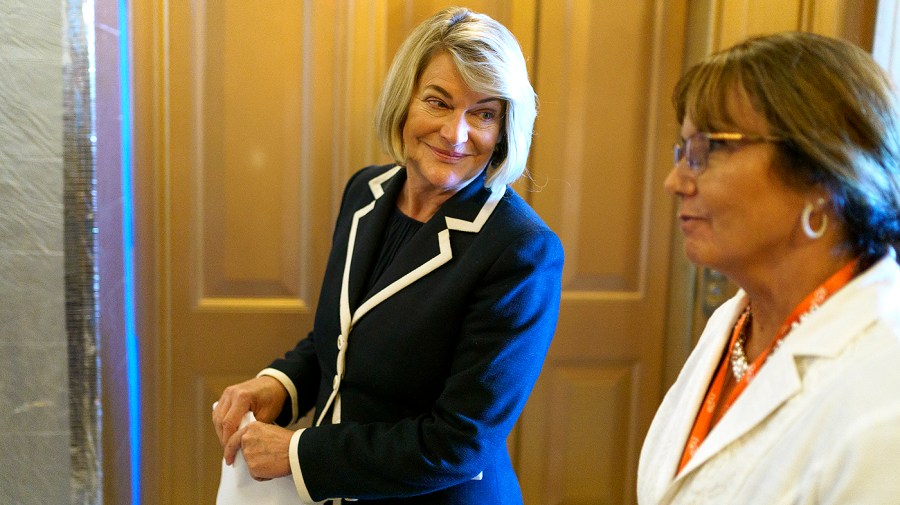 Sen. Cynthia Lummis (R-Wyo.) on Monday declared that Florida Gov. Ron DeSantis (R), not former President Trump, is the leader of the Republican Party, signaling Republican support is shifting away from Trump in the wake of the 2022 midterm election.

Asked by a reporter for Politico whether she would endorse Trump, Lummis replied: “I don’t think that’s the right question.”

“I think the question is who is the current leader of the Republican Party. Oh, I know who it is: Ron DeSantis,” she said.

“I’m saying currently, Ron DeSantis is the leader of the Republican Party, whether he wants to be or not,” she explained.

Some Senate Republicans, however, still support Trump, such as Alabama Sen. Tommy Tuberville (R-Ala.), who told reporters Monday that he would back Trump’s presidential bid, if he announces one this week.

Other Republicans, such as Senate GOP Whip John Thune (R-S.D.), are staying neutral for now.

“The ‘24 [election cycle] will get underway plenty soon. I assume there will be pretty robust competition on the Republican side when the time comes,” Thune said.

Asked if he would call on Trump not to run again, Thune said: “It’s a free country and he’ll do what he’s going to do.”

“I’m not endorsing anybody at this point,” he said.

Today24.pro
‘People need to stop getting mad at non tippers and start getting mad at the apps’: Lyft driver paid $50 for ride that cost $242 The Darkest Secret and Tragedy of Edwin Valero Man repeatedly punched Columbia protester, knocking her out: NYPD Best Android app 2022 – Google reveals top pick for the year and it’s totally free