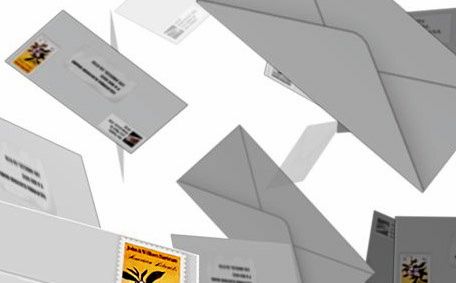 For decades, the Marin Housing Authority has failed to fulfill its responsibilities to manage and maintain the Golden Gate Village public housing community in Marin City. Yet the authority’s Board of Commissioners — consisting primarily of Marin County supervisors — appears poised to give the Marin Housing Authority the job of the revitalization and continued management of the property when they vote during Tuesday’s meeting.

Do supervisors actually think that the housing authority will follow through on its promises when it has not done so in several decades?

I can’t help but wonder if there would be a different outcome if the Housing Authority Commission was made up of members chosen for their interest in and knowledge of housing issues. The supervisors are overburdened with the overwhelming number of county decisions. I fear they will continue to “rubber stamp” whatever the Marin Housing Authority suggests in order to clear their docket, get the U.S. Housing and Urban Development Department off their backs and silence the will of the many people who are speaking up in favor of more say for residents.

I urge the commissioners to act bravely and hold the Marin Housing Authority accountable for its past performance.

Screening for anxiety could become problematic

I’m worried that an article republished by the Marin IJ and produced by an independent news source called The Conversation moves us one more step toward pathologizing normal human feelings (“Anxiety detection and treatment in early childhood can lower risk for long-term mental health issues,” Oct. 31).

“Screening” for anxiety is not without its downsides, just as Dr. Nortin M. Hadler pointed out in his book “The Last Well Person,” vis-a-vis screening for various physical disorders. Too often, such screenings result in treatments which are unnecessary or even harmful.

In his book “Saving Normal,” Allen Frances noted how the proliferation of mental disorders catalogued in the fifth edition of the American Psychiatric Association’s Diagnostic and Statistical Manual of Mental Disorders has led to an attitude in which any unwelcome feelings lead to attempts to eliminate those feelings. We must recognize that feelings — especially anxiety — are vitally important signals deserving of our attention, not their elimination.

If a child has a temperature of 104 degrees, we usually can reduce that with aspirin or acetaminophen. However, we still need to ask, “What is causing the body to spike this fever?” Likewise, with anxiety, we must ask, “What is making this child anxious?”

Just as an infection can lead to a fever (a normal, healthy response), there are many events in children’s lives that can leave them feeling anxious. Medications designed to blunt anxiety or behavioral interventions that teach children to ignore or dismiss anxiety miss the point. Anxiety is a red flag, alerting us that something needs our attention. The screening recommended in the article (16 questionnaire items) attends only to surface behaviors and ignores their causes. That leaves me anxious.

Bullying is a common concern among educators in our public schools. Teachers and students attend anti-bullying workshops and counseling is offered to children distressed by bullies, yet the problem persists.

Perhaps this is because we adults are not setting a good example. We’re being pushed by the state Legislature to create an unrealistic, unsustainable amount of new housing or face punishing fines. This is bullying. We are being bullied.

We don’t have enough water for existing residents, and this is a problem statewide due to ongoing drought. There is no extra potable water anywhere. Fallowing farmland to sell water will create food shortages and increased costs for what food does get grown. Yet state leaders would have us build housing in spite of not having this vital resource.

I was heartened to read Susan Kirsch’s recently published Marin Voice commentary urging cities and counties to sue the state to stop this bullying madness (“Save the city, sue the state and keep housing decisions under local control,” Oct. 25). I hope this succeeds and restores sanity to planning for appropriate and sustainable housing numbers.

I’m reminded of the buildings I saw in the Southwest built by Anasazi people — the dwellings were never inhabited because drought eliminated the water residents would have needed to inhabit them. Is this our future too?