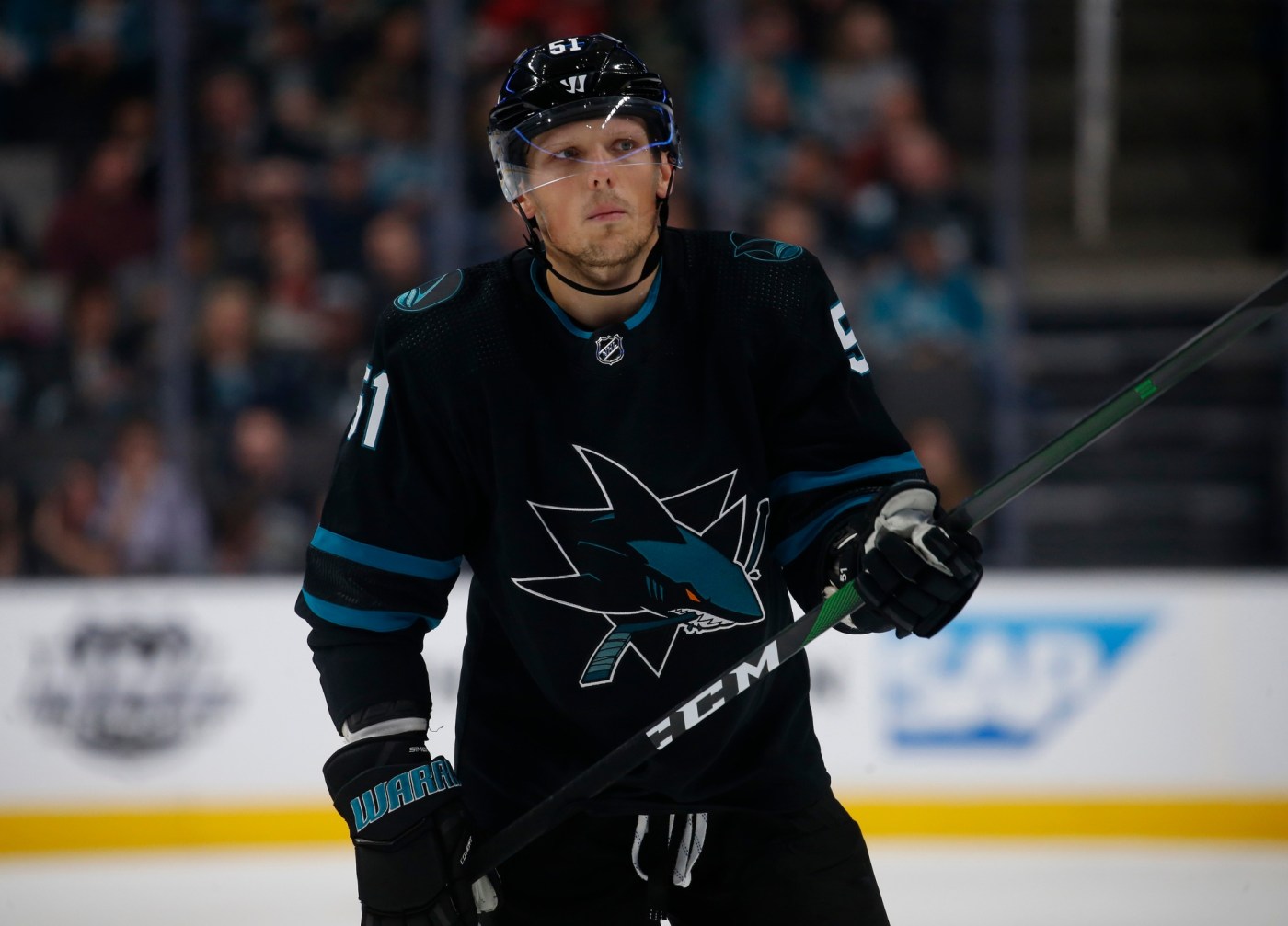 The Sharks placed Radim Simek on injured reserve Monday, one day after he was checked in the head by Minnesota Wild forward Mason Shaw.

Simek had just played the puck from inside the Sharks’ zone on his first shift of Sunday’s game with the Wild when he was clipped in the head by what appeared to be Shaw’s shoulder. Simek immediately left the game and did not return. The Sharks won the game 3-2 after a shootout.

Simek will remain on IR at least until Sunday, making him ineligible to play in the Sharks’ next three games, including Tuesday’s game against the Vegas Golden Knights at T-Mobile Arena.

Shaw was not penalized on the play and will not receive any further discipline from the NHL’s Department of Player Safety.

Asked if he thought Shaw should have been sanctioned by the NHL, Sharks coach David Quinn said, “I don’t know if my opinion really matters right now. It’s just unfortunate that we’re going to miss (Simek) and we had to put him on IR.

What happened to Simek? Here you go… #SJSharks #MNWild pic.twitter.com/JhglYXuZKC

“I’ll just leave these decisions up to the league and whether I think (Shaw) should have been suspended or not is irrelevant because he didn’t get suspended and we don’t have (Simek) for a little while here.”

The Sharks open a three-game homestand Thursday against the Detroit Red Wings, followed by Saturday’s game against the New York Rangers.

Simek, 30, had played in all 16 games this season as he has been paired mostly with Mario Ferraro. As one of the Sharks’ more physical defensemen, Simek had averaged 14:43 of ice time per game, a noticeable jump from the 13:17 he averaged last season.

“I feel for him and I feel for us,” Quinn said. “He gives us an element back there where he closes on people hard and plays a tough, no-nonsense game and those guys are valuable. I feel bad for him first and foremost, and hopefully, he’s going to be fine and I think he will, but it doesn’t help us.”

The Sharks recalled Nick Cicek from the Barracuda, the team’s AHL affiliate, giving them a seventh defenseman. Scott Harrington, who has been the Sharks’ seventh defenseman for most of the season, will likely take Simek’s spot in the lineup for Tuesday’s game.

Asked if he needed to see a physical response from the Sharks after the incident, Quinn said, “On one angle, you weren’t sure if it was a dirty hit or not. It wasn’t the obvious one where you 100 percent want a response. That was something that maybe you look at and you’re not sure, to the point that the league felt like it wasn’t a dirty hit.

FCA Prepares to Clamp Down on Crypto and BNPL Marketing

Microsoft may be building its own super app