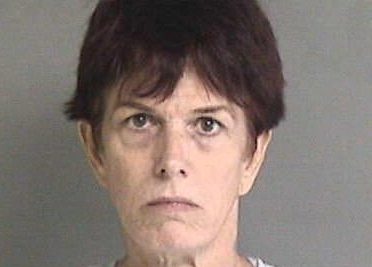 OAKLAND — It will soon be up to a jury to decide the fate of a well-known transgender rights activist accused of murdering three family members during a frenzied stabbing and shooting in which one of the victims was stabbed to the point of disfigurement as she and her spouse slept in their bed.

Dana Rivers, 67, of San Jose, faces charges of murdering Charlotte Reed, 56, her wife Patricia Wright, 57, and Wright’s 19-year-old son, Benny Toto Diambu-Wright, inside their Dunbar Avenue home in Oakland. Rivers is also charged with dousing the garage with gasoline and setting it on fire, an apparent cover-up attempt that was thwarted when a policeman came to the scene just three minutes after a neighbor called 911.

At the close of Rivers’ three-week-long trial Monday, Deputy District Attorney Abigail Mulvihil told jurors that Rivers carefully planned to murder the couple, spending weeks gaining their trust and visiting their home, while planning the slaughter in advance. Rivers used a pistol equipped with a silencer to shoot Reed and Wright as they slept in an upstairs bedroom, then fired at Diambu-Wright as he ran for his life out of the home, striking him in the heart, the prosecutor said.

“(Rivers) is so manipulative, so fake, that she convinced Charlotte she wasn’t a threat anymore,” Mulvihill said during her closing argument Monday afternoon. She later added that Rivers “faked their friendship” and waited for everyone in the home to fall asleep before she struck.

“The defendant was hiding in plain sight,” she said.

Showing jurors pictures of all three victims dead in their pajamas, Mulvihill said it was clear that Rivers waited for them to be in a defenseless position and used a silencer so it wouldn’t be a three-on-one fight. She said Reed bore the brunt of the attack, and suffered 47 stab wounds, some of which were inflicted over and over.

Rivers’ attorney, Melissa Adams, is expected to argue self-defense or that Rivers was acting in defense of others. Adams told jurors at the start of trial that the deceased couple had a volatile, sometimes violent relationship and there may have been infidelity. She is expected to make her final pitch to the jury Monday afternoon.

If Rivers is convicted, jurors will be asked to determine whether she was legally insane at the time of the killings. The outcome of that trial — if it happens — would determine whether Rivers goes to prison of a mental health facility.

Mulvihill describes Rivers and hellbent on revenge, partially due to her obsession with mimicking outlaw biker clubs like the Hells Angels. Rivers and Reed had been part of an all-female motorcycle club known as the Deviants, but Reed left the group months before she was killed. Prosecutors allege that Rivers saw herself as an “enforcer” and followed Reed around for weeks, making Reed so concerned she started keeping a gun around the house.

Rivers and Reed had been friends before Reed joined the club. They met at the Menlo Park Veterans Affairs Center in Palo Alto, and struck up a friendship because they were both veterans seeking care.

The former president of the now-defunct Deviants testified as a defense witness during trial, and said that not only was Rivers not an enforcer, the club held no such position in its ranks. Mulvihill called her a “liar” and pointed to jail calls where the two talked about having a familial relationship, and that Rivers remarked that they should try to make money off of the triple murder case. She said Rivers was “promoted” to sergeant-at-arms after the killings and that incoming members would be brought to Santa Rita Jail in Dublin to meet her “out of respect.”

After the killings, Rivers seemed most concerned about a necklace with the club’s emblem on it, which had been covered in blood, Mulvihill said.

“It’s not just a piece of jewelry to (Rivers),” she said. “It’s her entire identity, and it fueled her premeditation. It fueled her actions.”

Before her arrest, Rivers was best known as a schoolteacher who became an international news story when she came out as transgender to her students in a high school in Antelope, California. She was subsequently fired for sharing details of her transition, then sued the district and received $150,000 in a settlement. In the aftermath, she became an activist for transgender rights, and ultimately moved to the Bay Area to restart her life as an educator.

Check back for updates

Elizabeth Warren on Why Good Policy Makes for Good Politics

Today24.pro
Marin commercial property sales sapped by interest rate hikes Anthony Joshua returns to America in search of new coach ahead of boxing return and links up with trainer Virgil Hunter Sam Bankman-Fried could face extradition from the Bahamas to the US: Here's how, legal experts explain Portuguese artist Santiago Ribeiro exhibit in Moscow