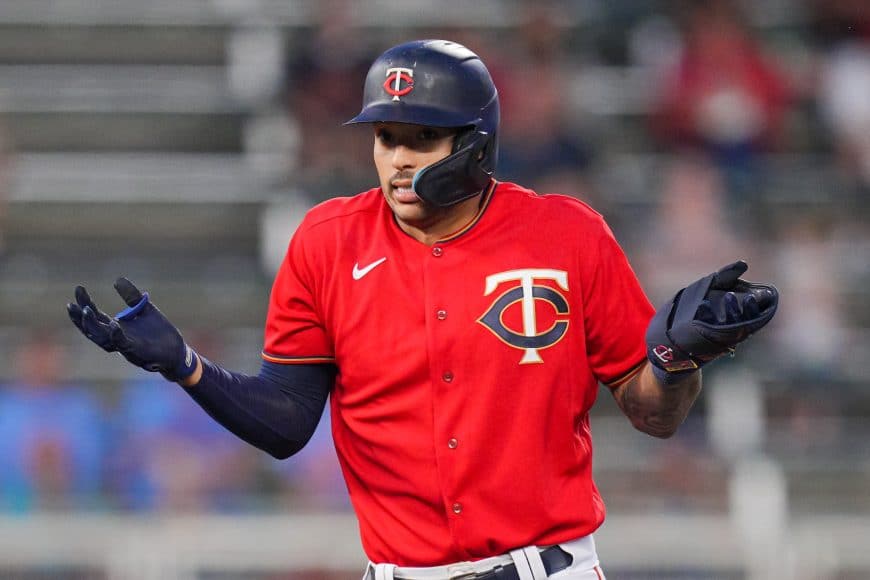 We have already seen reports linking the Cubs to free agents such as José Abreu, Josh Bell and Kodai Senga among others. Fans have also read about the Cubs pretty much letting everyone know that they’re not really interested in longer free agent deals, almost ruling out contracts longer than seven years. Maybe even six-year deals are out of the question.

Yet, at the same time it’s been pretty clear that the Cubs are indeed interested in the free agent shortstops this offseason. So, it’s no surprise that the Cubs have already touched base with Scott Boras, who represents several free agents including Carlos Correa and Xander Bogaerts.

“There are many grades available for owners’ menus, and those are more leaning I think to the filet mignon and Wagyu than they are to the hamburger and vegan,” he said. “Different than what we normally see. Our game is very healthy.”

That shows, Boras said, in the aggressive positions he said many teams seemed to be taking in preliminary discussions this week about his clients (though teams are not allowed to talk about money with free agents until after Thursday’s qualifying-offer deadline).

Those teams might even include the Cubs, who met with Boras and his top staff Tuesday night at the Conrad hotel and resort to discuss several players, including both shortstops, sources said Wednesday.

As soon as the offseason started this past week I was hyped, thinking about how the Cubs are for sure signing one of the free agent shortstops. But then Wednesday happened and three different Chicago reporters all pushed the same message. Wittenmyer, Jesse Rogers and Sahadev Sharma each wrote or said a version of the Cubs not wanting to sign free agents to contracts longer than five years. To be clear, they didn’t rule out the Cubs going to the lengths needed to sign a player if push came to shove, but the Cubs obviously wanted to set expectations low by letting fans know their preference is to agree to shorter contracts.

But how can you really be in on the shortstops, when they’re all expected to get more than five-year deals?

I was pretty bummed and even hours after going through that news cycle my thoughts remained negative. However, the way Jed Hoyer talked about the importance of having great defense up the middle still makes me think they are very much in on the shortstops.

“Nico was one of the top defensive shortstops in the league last year. We’re totally comfortable with him playing (shortstop), but he also has the ability to play second base and probably many other positions as well. I thought one of the real strengths (when you) go back to ‘15, ‘16, ‘17 was we had (Addison Russell), we had Javy (Báez). We had two elite defensive shortstops; you can move those guys around. When one guy did get hurt, we weren’t running out utility guys that shouldn’t be playing at shortstop.”

Plus, the Cubs reportedly did have an offer for Correa last year prior to the lockout, supposedly a seven-year contract worth more than $30 million per year. At the end, Correa didn’t get his desired long-term deal and instead decided to sign with the Twins. Correa opted out after year one of his three-year contract in Minnesota.

So, who’s to say Correa overplays his hand again this offseason and once again doesn’t get the longer offers he wants. Then, maybe the Cubs does make sense for him on a five or six-year deal.

I’m mainly focussing on Correa because it makes the most sense to me. There’s no qualifying offer attached to him and he’s the youngest shortstop in free agency, as he celebrated his 28th birthday on Sept. 22. The Cubs have been interested in him, but at this point it’s a matter of how many years they’re willing to commit to or maybe it ends up coming down to how many years Correa is willing to settle with.

Or who knows, maybe the Cubs trade for Rafael Devers and give him all the money.

For more Cubs offseason talk, subscribe to the Pinwheels And Ivy Podcast.

5 of the best free Python courses available this week