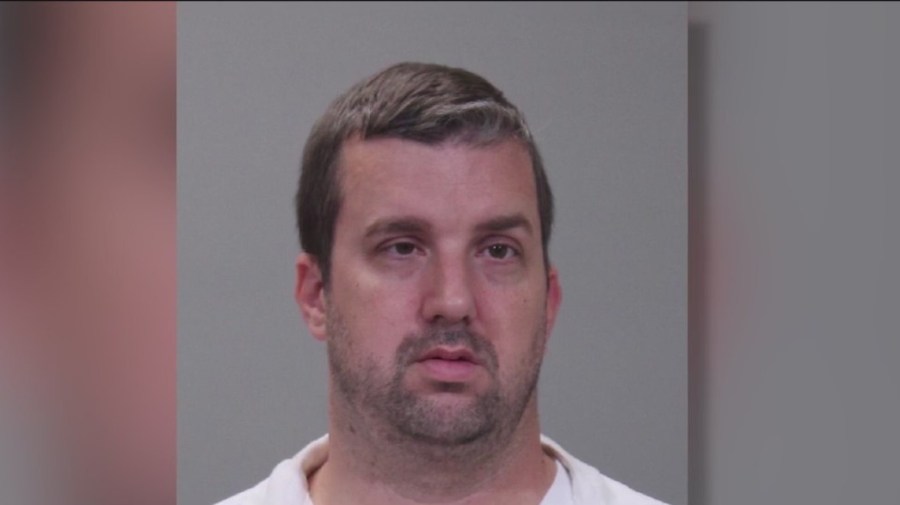 COLUMBUS, Ohio (WCMH) -- A slew of unusual break-in attempts around Ohio State's campus has led police to arrest a man with an extensive criminal history.

Aaron Kastein, 42, has been charged with felony burglary for the third time from an incident that happened in July 2021.

“My understanding is some college-age females came home one night and just happened to look under their bed and see an individual hiding under their bed. Of course, they called us, and by the time the officers had gotten there, the individual had fled,” Sgt. Joe Albert, Columbus Police public information officer, said.

Police reports said when the women saw Kastein, he said to them, “I’m hiding.” The two women have since graduated from Ohio State University, but once Columbus police responded to the more recent incidents, it sparked their memory of this case.

Detectives said they drove to where the original two victims lived and showed them Kastein's picture. Police said the women immediately identified Kastein as the man they saw.

Kastein was arrested in Logan County Friday and was booked into the Franklin County Jail. Since then, he has been released on bond.

NBC4 spoke with one of the women who said she has been one of Kastein's most recent victims. She said she and her roommates on East 16th Street feel scared and paranoid about the attempts. She said learning that the man they believe has been lurking around her house is out on bond is terrifying.

“I feel violated, I don’t know what he's seen or where he's been," the woman, who asked to remain anonymous, said. "But I would just urge women, girls, anyone, really, right now on campus, to just stay vigilant, check under your beds, check in your closets."

Their most recent run-in was on Sept. 5.

“We actually got cookies delivered to our door and there was a note attached saying this is a gift for the girls at our address. We didn’t know there was a name connected to it, there was a number,” the woman said.

That number was allegedly traced to Kastein. She said that same day, they found cuts in their side window screens and called the police. Twenty minutes after the police left, she said Kastein appeared on their front porch ring camera.

“We looked at all the things he's done in the past and from what it looks like, he’s been doing this since he was 19 and he is now 42 years old,” the anonymous woman said.

Kastein has two prior felony burglary convictions, one in Pennsylvania in 1999 and another in Marysville in 2007. He served a minimum jail sentence for both incidents. From 1999 to now, Kastein also has seven misdemeanor charges. He currently works full-time at a Honda dealership.

“Our hope is that the court system will look at it and look at the history and if he is found guilty of this incident, then give a tougher sentence than what you would give a first-time offender,” Albert said.

The person NBC4 spoke with says many people have spotted Kastein this summer snooping around homes between Indianola and Summit street.

The night after the Sept. 5 incident on East 16th Street, a female resident on East 13th Street called to report cuts to their side window screens and a man snooping around.

The woman tells NBC4 that about 10 weeks prior, Kastein followed the girls that live in that home on social media.

As for the hand-delivered cookies, she said she had not heard of anyone else getting that.

“It really makes it more concerning feeling like someone might have gave him, I don’t even want to say it, maybe gave him a little bit of a show, but it feels like he's seen something like he's maybe seen more of us than others when we’re getting a personal gift it seems like,” the woman said.

Columbus police said that as their detectives continue to investigate this case, more charges may be filed against Kastein for these recent incidents. They urge everyone who lives in those areas to lock their doors and windows and call them if they see anything suspicious.

"Safety is our top priority and crime is down in the off-campus area since last fall. Over the last year, Ohio State has increased the presence of police off-campus by partnering with the Columbus Division of Police and by hiring and training additional OSUPD officers to serve on and off-campus. We added non-sworn security patrols, buckeye block watch, lighting, license plate readers, security cameras and more. We provide free door and window alarms and security timers. Our expanded Lyft ride smart program offers increased hours and areas of operation.

In fall 2021, we announced an additional $2 million a year over the next decade to enhance safety and security on and around campus, bringing the annual campus public safety budget to more than $35 million. The university will continue to monitor crime trends and adjust public safety programming as needed. We are fully committed to a holistic approach to addressing crime that includes education and community-wide engagement."

Johnson urges anyone who sees suspicious activity to utilize these resources and contact the police right away.

Renfroe homers twice, drives in 5 in Brewers’ rout of Reds

Today24.pro
Trump Claims He Declassified Documents Using Special Powers! The 31 most stunning photos across women's sports from the last month — Tennis, European Championships, and more Sweet Potato Souffl How to invest in communications stocks, a sector that's huge, highly diversified, and growing — offering something for almost every type of investor