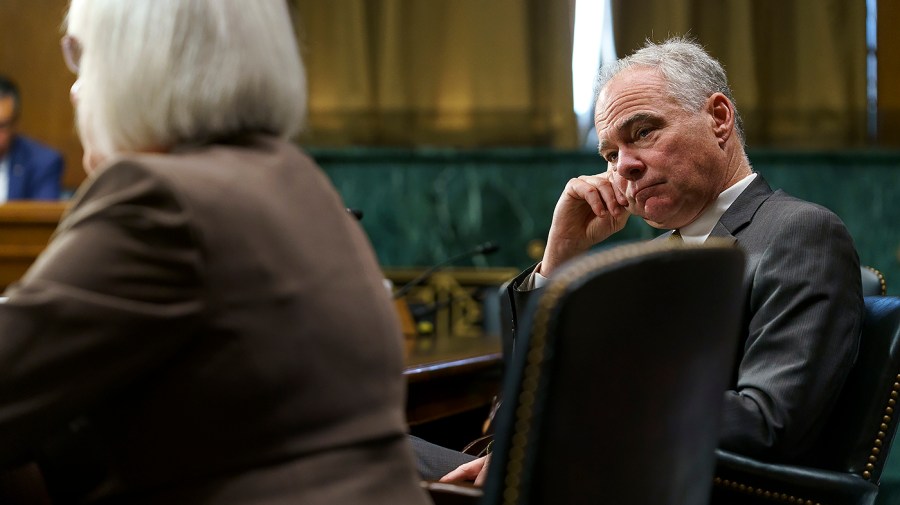 Virginia Sen. Tim Kaine (D) announced Wednesday that he will vote against Sen. Joe Manchin’s (D-W.Va.) permitting reform legislation, dealing a blow to plans to add it to a must-pass spending bill.

Kaine said he would not vote for it because it would approve 100 miles of the Mountain Valley Pipeline (MVP) running through his home state and he was not consulted on the potential impact on his constituents.

“I cannot support the Mountain Valley-related provisions in this legislative text. Over 100 miles of this pipeline are in Virginia, but I was not included in the discussions regarding the MVP provisions and therefore not given an opportunity to share Virginian’s concerns,” he said, adding that his constituents “have felt ignored.”

“Green-lighting the MVP is contrary to the spirit of permitting reform,” he said.

Kaine is the second member of the Democratic caucus to send a clear signal that he will vote against Manchin’s permitting reform proposal, even if it’s included in a short-term government funding bill.

“What we do not need in this world is more fossil fuel production, more carbon emissions, and more threats to our well-being. I’m going to do everything I can to make sure the provision is not in the continuing resolution,” Sanders told reporters Wednesday evening.

Other Democrats, including Sens. Ed Markey (Mass.), Elizabeth Warren (Mass.) and Jeff Merkley (Ore.) are urging the chamber to keep permitting reform off the short-term government funding bill, which must pass by Sept. 30 to avoid a shutdown.

“We should not attach the permitting overhaul package to the must-pass government funding legislation,” Markey said in a statement Friday.

A Closer Look at The Chagos Islands

Trump's team was happy — until the 11th circuit derailed them on Wednesday: report

Today24.pro
Sweet Potato Souffl How to invest in communications stocks, a sector that's huge, highly diversified, and growing — offering something for almost every type of investor The 31 most stunning photos across women's sports from the last month — Tennis, European Championships, and more The Sandman Johanna Constantine Coat