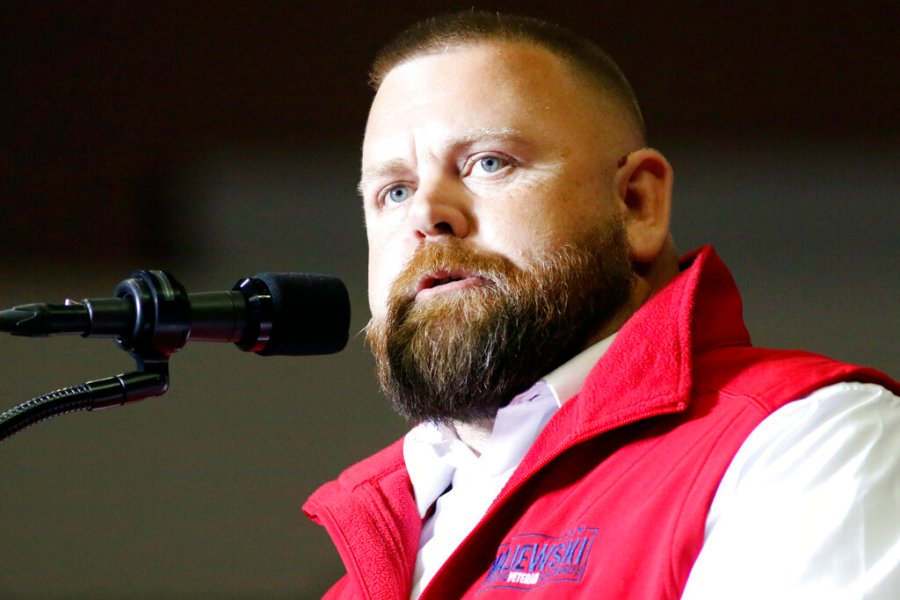 Ohio Republican candidate J.R. Majewski has exaggerated his military career record and lied about serving in Afghanistan, according to an Associated Press investigation.

Majewski, who is running against Democratic Rep. Marcy Kaptur for Ohio's 9th Congressional District, claimed he deployed to Afghanistan after the 9/11 terrorist attacks and faced tough conditions, including not being able to take a shower for 40 days for a lack of running water.

In reality, Majewski, an Air Force veteran, was deployed at an air base in Japan and also held a six-month job loading up planes at an air base in Qatar, the AP reported, citing a review of his military service records.

Majewski is an ardent supporter of former President Trump and attended the rioting at the U.S. Capitol on Jan. 6, 2021.

According to the AP, Majewski has also lied about the medals he's received, including campaign medals for fighting in Afghanistan and a a Global War on Terrorism Expeditionary Medal.

The AP report also raised questions about whether he exaggerated the job he's held in the civilian world and private sector, including claims he was an executive at energy and power companies First Energy and Holtec International.

‘I loved him’ – former England striker lands £100,000 winner days after passing of his best friend