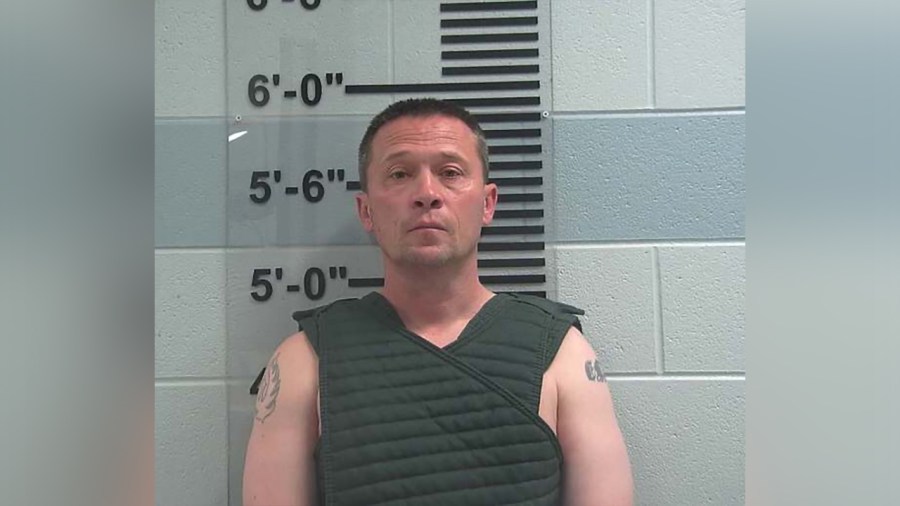 CARROLL, Ohio (WCMH) - Both the Ohio Department of Education and a local school district previously took action against an athletic director now charged with a sex crime.

Fairfield County deputies arrested Chad E. Little, 45, on two felony counts of sexual battery against a student, according to a criminal complaint filed in Fairfield County Common Pleas Court. The document alleged Little's conduct took place between March 1, 2018, and Sept. 30, 2020, at a Bloom-Carroll district school where he worked and the student was enrolled. The Fairfield County Sheriff’s Office, who handled taking Little into custody, added that the student is no longer enrolled at any Bloom-Carroll school.

NBC4 obtained Little's personnel record on Wednesday, which included a letter dated Tuesday from Superintendent Shawn Haughn to Little after his arrest. In it, Haughn told Little he was suspended without pay, effective immediately. The superintendent also ordered Little to stay off school grounds without his permission and stop all contact with students, parents or other employees.

The personnel record also sheds light on disciplinary action the state and school district took against Little nearly two years prior to his arrest. The file, marked for Sept. 28, 2020, doesn't confirm if ODE punished Little for the same situation he is now charged with sex crimes for, but does paint a picture of a similar kind of incident.

"Respondent engaged in conduct unbecoming to the teaching profession when he failed to maintain appropriate boundaries with students," ODE wrote.

ODE threatened to suspend Little's teaching licenses for six months, spanning from Sept. 5, 2020 to March 4, 2021. However, it made an agreement with the athletic director, which wouldn't enforce the suspension as long as Little completed community service and "training on professional boundaries," and did not repeat his previous behavior.

Other documents in Little's personnel record showed earlier disciplinary issues. In 2013, the Bloom-Carroll superintendent at the time punished Little when a parent reported that he sent an "inappropriate" text message to an individual student-athlete. The superintendent required him to complete an online course related to the issue, and only send mass texts to the entire team going forward.

Camera catches Columbus teens stomping on car in the Hilltop

That same issue repeated in 2019, when current superintendent Haughn wrote to Little about more text messages. This time, Little reported to Haughn that a student sent him a text message four months earlier. Haughn wrote that Little responded appropriately, but also noted the long delay in Little's reporting.

"Through the investigation and by self-admission, it was also determined that you engaged in texting with an individual student," Haughn said.

As punishment for that incident, Haughn made Little study four articles on professional relationships and write an essay reflecting on them. He also told the athletic director he wasn't allowed to text, personal email, or send a social media message to any student again, including as a response.

A LinkedIn profile for Little showed he has worked in the Bloom-Carroll school district since 2006, including as a middle school assistant principal at one point. If Little had violated his agreement with ODE and been suspended, he would have had to report the violation on any future application to renew his teaching license in Ohio. Little just renewed his three-year contract as athletic director with Bloom-Carroll for a $112,881 salary in May 2022.

Little was one of two central Ohio education staff members arrested in two days for sexual misconduct with minors. In a separate case, authorities took a Columbus science teacher into custody after he was charged with creating child pornography.

Herschel Walker went on 'Hannity' to deny that he paid a woman to get an abortion: 'I send money to a lot of people'