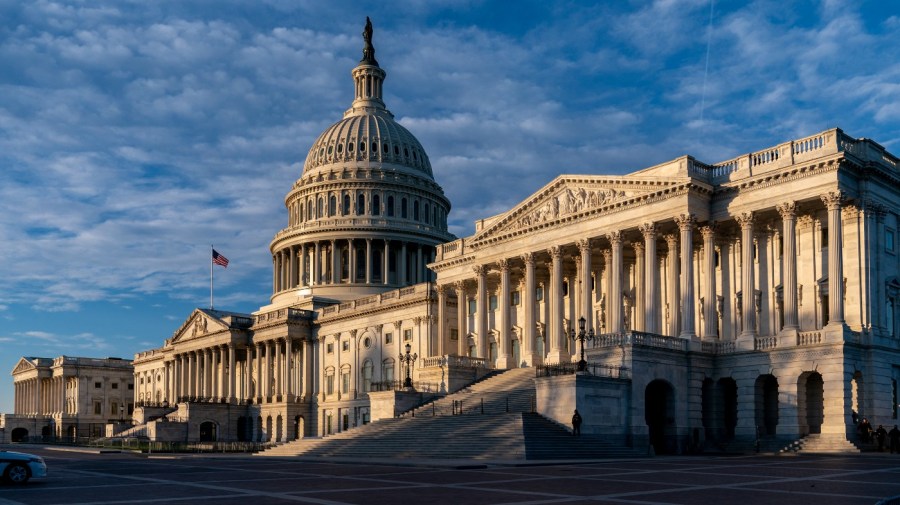 The House passed a bill on Wednesday that allows spouses who combined their student debts under a federal program to split their loans, sending the legislation to President Biden’s desk.

Democrats have touted the bill for making hundreds of additional Americans eligible for loan forgiveness, which also allows some borrowers to escape joint loans in cases of divorce or domestic abuse.

The legislation, titled the Joint Consolidation Loan Separation Act, passed in a 232-193 vote, with 14 GOP members joining Democrats in support.

The Senate approved the bill by unanimous consent in June. Biden is expected to sign it into law — the Office of Management and Budget earlier this week said the administration supports the legislation.

Under the measure, borrowers who are still tied to a joint consolidation loan — taken out through an Education Department program that was in existence for 13 years until 2006 — would have the opportunity to fill out an application requesting that the department split their credit into two separate direct loans.

Some 15,000 people signed up for the program over the years, according to federal data cited by The Washington Post, but roughly 770 joint loans are still not paid out.

Couples can either submit a joint application or one individual can fill out their own application in situations where one borrower has been subject to domestic or economic abuse, or if the borrower has proven that they cannot secure access to the loan details from the other borrower.

The outstanding debt would be separated based on the percent of the loan that each individual had initially, and both loans would be subject to the same interest rate as the joint loan. Additionally, the individual would be allowed to transfer funds paid on the joint loan to income-driven repayment programs and the Public Service Loan Forgiveness program.

Between Jan. 1, 1993, and June 30, 2006, the Department of Education allowed married couples to receive joint consolidation loans. According to data obtained by the Student Borrower Protection Center and reported by The Washington Post, upwards of 14,700 individuals took part in the joint consolidation program when it was in place.

The federal loan consolidation program, which made couples jointly responsible for each other’s debts, became problematic for marriages that ended in divorce, leaving some individuals trapped paying their exes’ loans if they refused to cover their portion of the credit.

Additionally, when Congress ended the program in the summer of 2006, it did not provide a way for individuals to get out of their joint loan, even in the cases of domestic violence, economic abuse or being linked to an unresponsive partner.

Enactment of the Joint Consolidation Loan Separation Act could also open up potential loan forgiveness for individuals with joint loans. Only specific consolidation loans qualify for Public Service Loan Forgiveness, according to the Federal Student Aid office at the Education Department, but borrowers may be able to secure more forgiveness by separating their loans, NPR noted.

Biden last month announced that his administration was forgiving up to $10,000 in federal student loan debt for borrowers who earn less than $125,000 per year, and forgiving $20,000 for recipients of Pell Grants.

Terrifying moment enormous 18ft great white shark ‘Slash’ savages diver cage as onlookers scream ‘get him out of there!’

Today24.pro
US chess star ‘likely cheated more than 100 times’ – investigation 7 Perfect Pear Recipes from Savory to Sweet Zac Efron Was Never The Same After Playing Ted Bundy A 34-year-old coder quit his $300,000 job at Stripe to build up his after-work project. Here's why he's convinced it was the right thing to do.