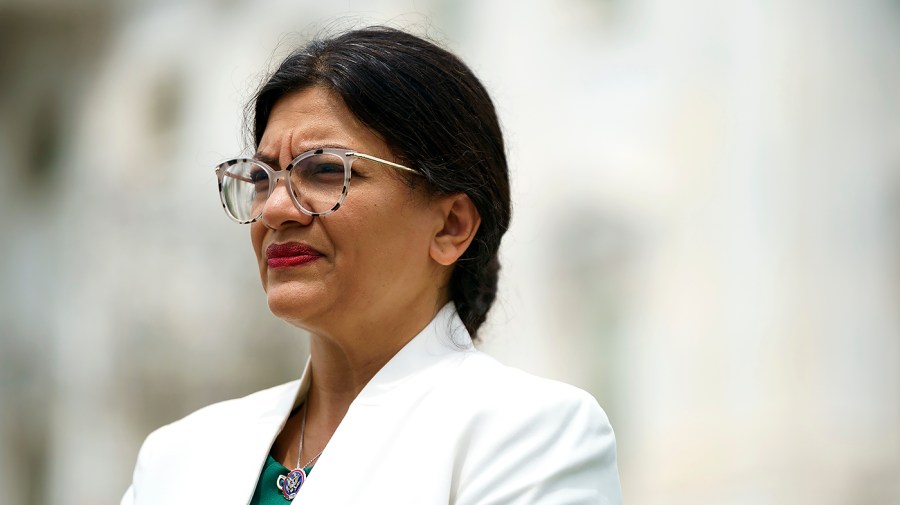 In remarks at an American Muslims for Palestine event on Tuesday, Tlaib — who is Palestinian American — spoke out against the “apartheid government of Israel” before vowing to “push back” on the idea that individuals can be progressive and pro-Israel.

“I want you all to know that among progressives it has become clear that you cannot claim to hold progressive values yet back Israel’s apartheid government, and we will continue to push back and not accept this idea that you are progressive except for Philistine any longer,” Tlaib said.

Wasserman Schultz denounced Tlaib’s comments, labeling them “antisemitic” and arguing that progressivism and support for Israel are not mutually exclusive.

“The outrageous progressive litmus test on Israel by @RashidaTlaib is nothing short of antisemitic. Proud progressives do support Israel’s right to exist as a Jewish and democratic state. Suggesting otherwise is shameful and dangerous. Divisive rhetoric does not lead to peace,” she wrote on Twitter.

Tlaib and some other progressive Democrats — particularly those in the “Squad,” including Reps. Ilhan Omar (D-Minn.), Alexandria Ocasio-Cortez (D-N.Y.) and Cori Bush (D-Mo.) — have been critical of Israel in the past, raising concerns about how Palestinians are treated in the country.

Wasserman Schultz was not the only lawmaker to speak out against Tlaib’s comments.

On Wednesday, Rep. Jerrold Nadler (D-N.Y.) — who is a member of the Congressional Progressive Caucus — rejected his colleague’s claim, writing on Twitter that he embraces both positions and identities.

“​​I fundamentally reject the notion that one cannot support Israel’s right to exist as a Jewish and democratic state and be a progressive,” Nadler wrote.

“I proudly embrace both of these political positions and identities, even as I have criticized some of the policies and actions of democratically-elected Israeli governments over time. I would happily put my progressive record and credentials up against anyone’s. It is both wrong and self-defeating for progressive leaders to abide such an offensive litmus tests,” he added in subsequent tweets.

“In one sentence, @RepRashida simultaneously tells American Jews that they need to pass an anti-Zionist litmus test to participate in progressive spaces even as she doubles down on her #antisemitism by slandering Israel as an apartheid state,” he wrote on Twitter.

“It’s absolutely reprehensible and does nothing to advance the cause of peace. We call on people of good will and leaders across the political spectrum to make clear that such #antisemitism will not be tolerated,” he added.