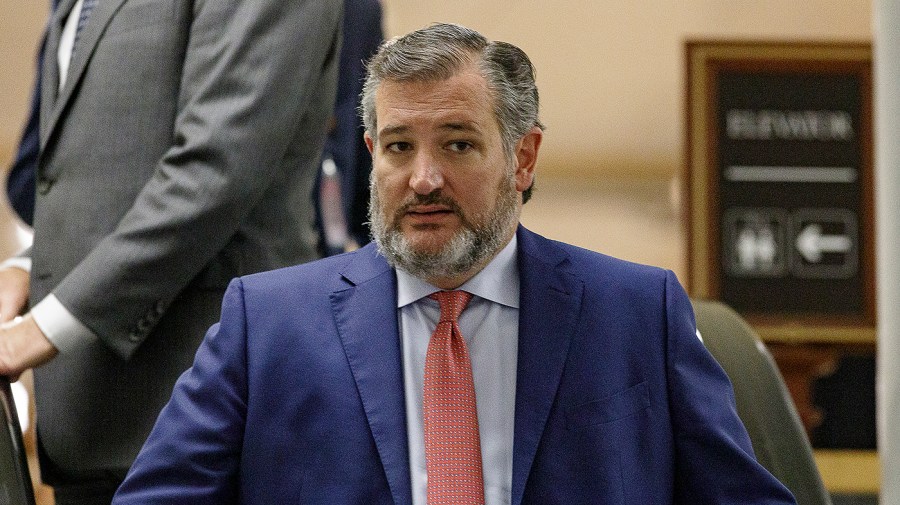 The White House on Wednesday took to Twitter to slam Sen. Ted Cruz (R-Texas) for highlighting his work advocating for a highway project he ultimately voted against in March.

Cruz and Sen. Ben Ray Luján (D-N.M.) introduced a bipartisan amendment to an omnibus bill passed earlier this year that designated part of the Ports-to-Plains Corridor as a future addition to the nation’s interstate highway system.

The Texas Republican supported the amendment but ultimately voted against the sweeping $1.5 trillion omnibus spending package when the Senate voted on the legislation in full.

“Senator Cruz voted against this,” the White House tweeted on Wednesday afternoon in response to a local television interview Cruz participated in, where he touted the project.

Cruz had shared a portion of the interview with KAMC on his Twitter account on Sept. 12. KAMC is operated by Nexstar Media Group, The Hill’s parent company, although it is owned by a separate broadcaster.

“The Ports to Plains highway will run from Laredo all the way up to North Dakota and into Canada,” he wrote. “This project will bring jobs to Texas and millions of dollars to the state. A great bipartisan victory!”

The designation will lead to improvements on the roadway, which runs through Texas and other states.

The reporter who interviewed Cruz responded to the White House’s tweet with an additional clip of the interview in which he asked the Texas senator why he ultimately voted against the bill.

“That happens frequently in the United States Senate, where you end up working to get agreement and to pass a particular piece of legislation, but then it gets rolled into a giant bill that has a whole bunch of good things and bad things,” Cruz responded.

“What he voted against was a Democrat spending spree that contributed to an economic recession for American families,” Vasquez said. “Ports-to-Plains could have easily and unanimously passed the Senate as a separate bill, but it was rolled into the pork-filled omnibus package Democrats rammed through Congress.”