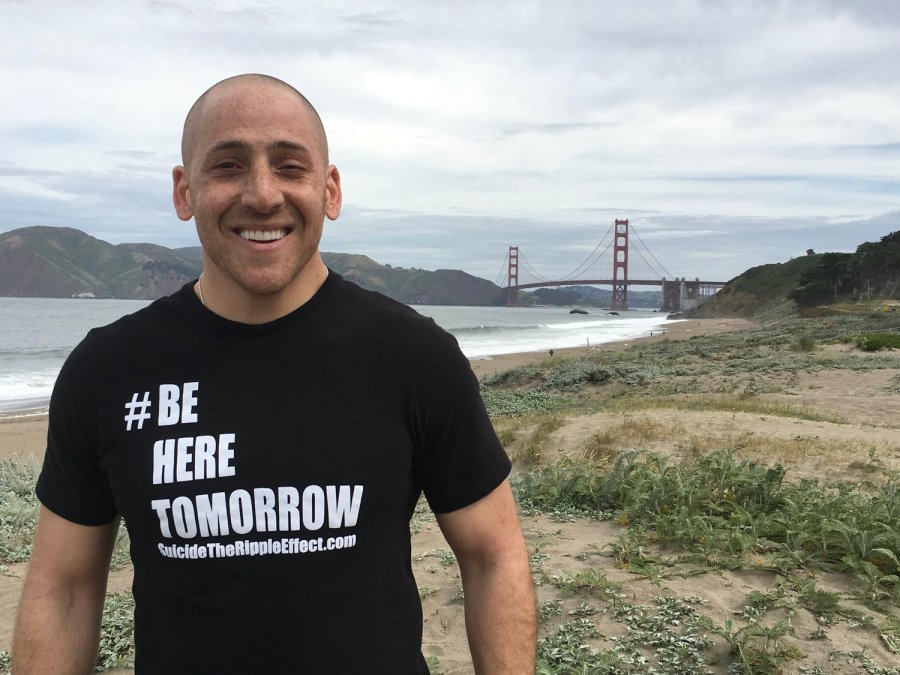 ALBANY, N.Y. (WTEN) -- Mental Health experts met on Wednesday at the states Suicide Prevention Conference. One topic of discussion was the importance of simple gestures that could save a life. Something a survivor of a suicide attempt off the Golden Gate Bridge didn’t have, 20 years ago. Capitol Correspondent, Amal Tlaige spoke with him.

"I fall those 250 feet, 25 stories, at 75 miles per hour, closing in on 80 miles per hour closing in on the speed of terminal velocity. I hit the water, I go down 70 feet, I resurfaced and I was drowning," said Kevin Hines, who is now an American suicide prevention speaker.

In September of 2000, Kevin Hines rode a bus to the Golden Gate Bridge in San Francisco on his way to take his life. 99% of people who jump that bridge die. Hines was suffering from manic depression and heard voices telling him to take his life. He describes what happened when he hit the water, as a miracle, "That’s when something began to circle beneath me. And it was very large, and very slimy and very, very alive and I thought, ‘Oh my gosh, I didn’t die jumping off the Golden Gate Bridge, a shark is gonna eat me, perfect.’ But it turned out to be a sea lion. And the sea lion was keeping me afloat until the Coast Guard boat arrived behind me."

Hines says he still hasn’t fully recovered from the injuries he sustained that day, but calls his life an amazing journey. An important thing to note, on that bus ride he made a pact. "If one person, just one person says something to the effect of ‘hey kid are you okay, brother is something wrong or pal can i help you?’ I would have literally told that person everything and begged them to save me," said Hines.

How colleges can prevent student suicides

Dr. Christina Bethell spoke at Wednesdays conference. She says we need to lift up our awareness of how much small interactions matter, "In our research when we ask people about their best, positive experiences, it was often, something really hard had happened and then I met this stranger, and they just looked at me like I existed and it made all the difference."

For Hines, that never happened. To this day he still faces suicidal thoughts, but has a better handle on them. His advice for anyone contemplating suicide, "Take a breath, take ten more. Do some residence breathing, let your body and mind come to calm. Now think of this, we’re all going to die. None of us is immortal. Give yourself time, plus the hard work you have to do, for things to change. I did. Don’t learn the hard way, like I did."

New 988 hotline is the 911 for mental health emergencies

Hines also helped to promote the new 988 national suicide and crisis hotline. If you or a loved one is struggling with mental health you can call or text that number. A trained crisis counselor will respond.