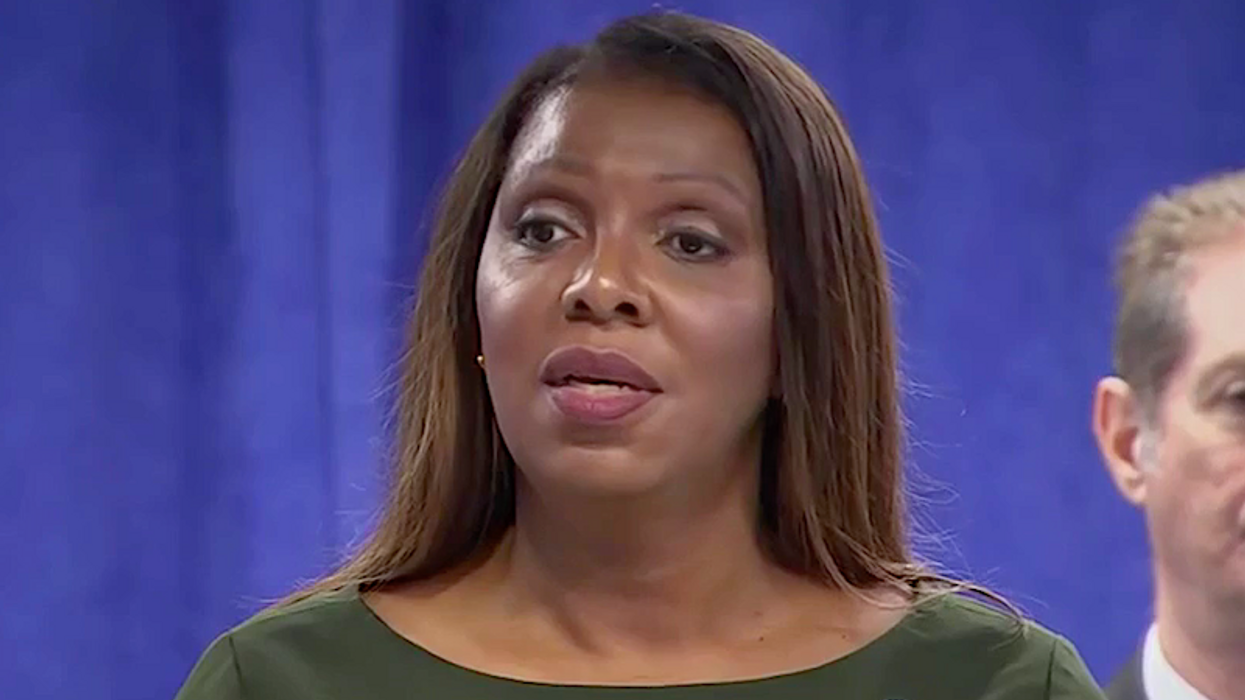 Attorney general Letitia James warned Donald Trump that he could leave New York but would still face consequences for his alleged crimes there.

The attorney general announced a $250 million criminal fraud lawsuit against the former president, his three eldest children, their family-owned business and other top company executives, but she said Trump's move to Florida would not allow him to get away with the years-long pattern of criminal behavior.

"This conduct cannot be brushed aside and dismissed as some sort of good-faith mistake," James told reporters. "Statements of financial condition were greatly exaggerated, grossly inflated, objectively false -- therefore, fraudulent and illegal. As a result of that, we are seeking relief. Mr. Trump, the Trump Organization, his family, they should be held accountable. That's the purpose of this litigation that we are filing today, in addition to referring the criminal conduct to the Southern District of New York as well as the IRS. No one, my friend, is above the law."

James said it would not matter to her lawsuit if Trump moved his companies to Florida, just as it didn't matter that he had been president.

"They attempted to delay this investigation," she said. "Two judges have dismissed those claims that this was a political witch hunt, so I give no credence to those names that he has referred to me. Two, Mr. Trump, the Trump Organization, as well as his family, will still have to deal with this complaint, they will have to respond. They will have to respond to the allegations therein. If he decided to move to Florida, the reality is, he still has to deal with the great state of New York and respond to the complaint."