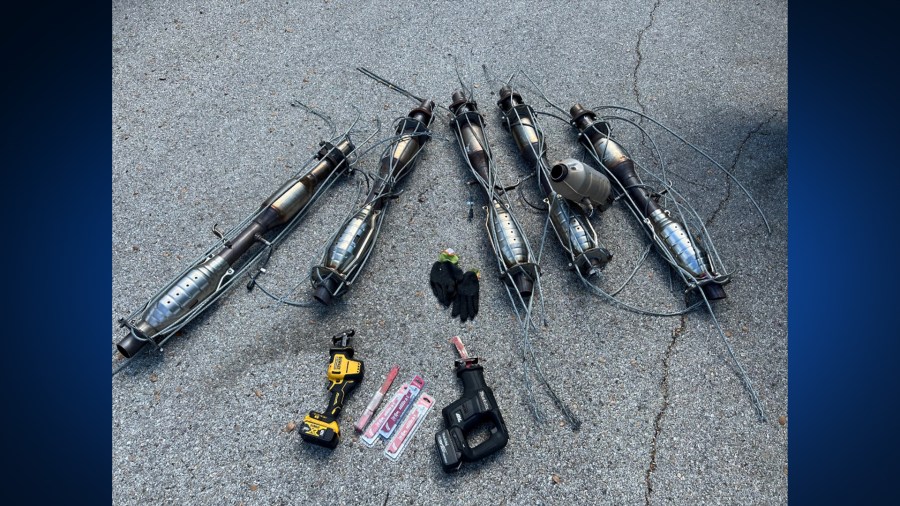 According to the Cedar Park Police Department, Derrion Newton, 27, and Dariel Jenkins, 24, were arrested after trying to run away around 4 a.m.

Both are charged with theft of property greater than $2,500 and less than $30,000. Attorneys for the pair were not listed online in court records yet.

At least six catalytic converters along with the tools used to cut them were found during the arrest, police said. The investigation is still ongoing.

"We know this has been an ongoing issue affecting the Central Texas region. Investigation continues & working to identify vehicles these belong to," Cedar Park Police wrote on Twitter.

RELATED: These vehicles are the most targeted for catalytic converter thefts

In July, authorities uncovered an $11 million catalytic converter theft ring in Houston. Six people were arrested then and accused of running the ring. Investigators conducted several search warrants at residences and a storage facility in the area. They found dozens of catalytic converters in a home.