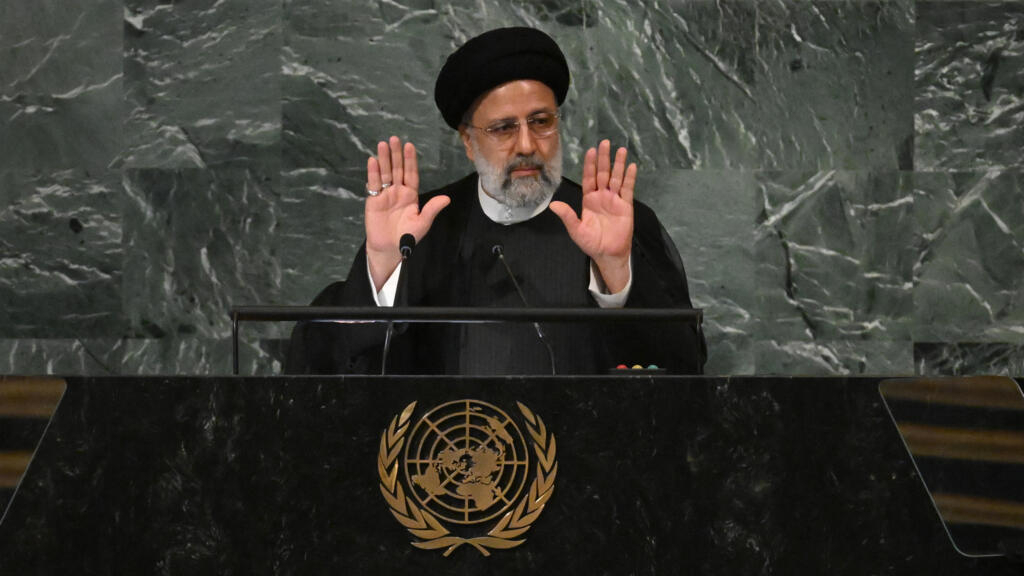 "The Islamic Republic of Iran is not seeking to build or obtain nuclear weapons and such weapons have no place in our doctrine," President Ebrahim Raisi told the UN General Assembly. Raisi, a hardline cleric, addressed the world body just hours before US President Joe Biden was set to take the stage, amid a surge of tension over an Iran nuclear deal that remains blocked despite months of negotiations, and mounting pressure over the country's human rights record. "All of this is taking place in an environment where countries themselves that seek to show us unjustly as a threat keep pursuing nuclear weapons and development and testing," Raisi said, claiming there is a "double standard" when it comes to discussion of Iran's nuclear science capacity as well as women's rights. He denounced the lack of pressure on Israel, an undeclared nuclear power, saying that Iran has complied with international commitments. "We all know that it's only for human and peaceful endeavors," Raisi said of his country's nuclear program. "But some countries are keen on portraying this as a threat, in order to sweep under the rug what they should rightly face themselves, which should be denuclearization." The West has been calling on Tehran to revive the 2015 nuclear accord -- four years after Biden's White House predecessor Donald Trump pulled out of the deal and reimposed major sanctions on Iran. Raisi voiced doubt about the Biden administration's sincerity. "They keep repeating the same stories of the past which puts a great deal of doubt on their true commitment to return to the agreement," he said. "Can we truly trust -- without guarantees and assurances -- that they will decide to live up to that commitment?" French President Emmanuel Macron met with Raisi in New York Tuesday, saying afterward that "the ball is in Iran's court." Earlier Wednesday, British Foreign Secretary James Cleverly told AFP that Tehran should "abandon their nuclear weapons aspirations" and engage more actively with the international community.

Thomas Partey’s health is necessary for Arsenal and Ghana

Kyrgios On What Has 'Added A Bit Of Fuel To Me'