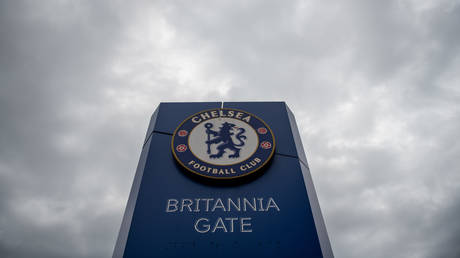 English Premier League giants Chelsea have terminated commercial director Damian Willoughby’s contract after reportedly being shown evidence that he sent “inappropriate messages” prior to his employment by the club.

Willoughby began working at Stamford Bridge this month when hired by Todd Boehly and the Clearlake Capital consortium, which bought the West Londoners from Russian billionaire Roman Abramovich in May.

The Telegraph reports that Willoughby was fired on Tuesday evening, after it was discovered he had sent the messages to football finance agent Catalina Kim.

Kim is said to have produced texts proving that Willoughby asked her if she was naked.

Willoughby allegedly raised the topic of sex in their conversations, posted a sexually explicit video, and suggested he would arrange a meeting for her with Manchester City CEO Ferran Soriano provided she agreed to be “naughty.”

Speaking on the dismissal, a club spokesperson said that “evidence of inappropriate messages sent by Mr. Willoughby, prior to his appointment at Chelsea FC earlier this month, has recently been provided to and investigated by the club.

“While they were sent prior to his employment at the club, such behavior runs absolutely counter to the workplace environment and corporate culture being established by the club’s new ownership,” the club spokesperson added.

Willoughby did not reply to a request from Reuters for comment while his lawyers declined to comment to The Telegraph.

A statement from Chelsea also confirmed Willoughby’s firing with immediate effect, adding that the club’s new owners are “working tirelessly to set and achieve the highest standards both on and off the pitch.”

Willoughby had previously worked at Premier League rivals Manchester City and video games giant Electronic Arts (EA), in addition to enjoying a stint at Chelsea earlier in his career.

His departure from the Blues follows those of former Abramovich confidants in former director Marina Granovskaia, ex-chairman Bruce Buck, and goalkeeping legend Peter Cech as technical and performance advisor, after the £4.5 billion ($5.1 billion) takeover of the club was completed.

Boehly also showed head coach Thomas Tuchel the exit a fortnight ago, in what was first believed to be a response to poor results but later reported as a clash over transfer policy and increased distance from the first team squad’s members.

Graham Potter has since been appointed to replace Tuchel and will lead the Blues in the Premier League for the first time on Saturday next week when they travel to Crystal Palace.

Jupiter to reach closest point to Earth in 60 years while in opposition: Here's when to catch rare moment

Today24.pro
Tavern-Style Pizza The Cooking Show Sweet Potato Souffl The Sandman Johanna Constantine Coat How to Get MICROSOFT OFFICE for FREE in 2022!