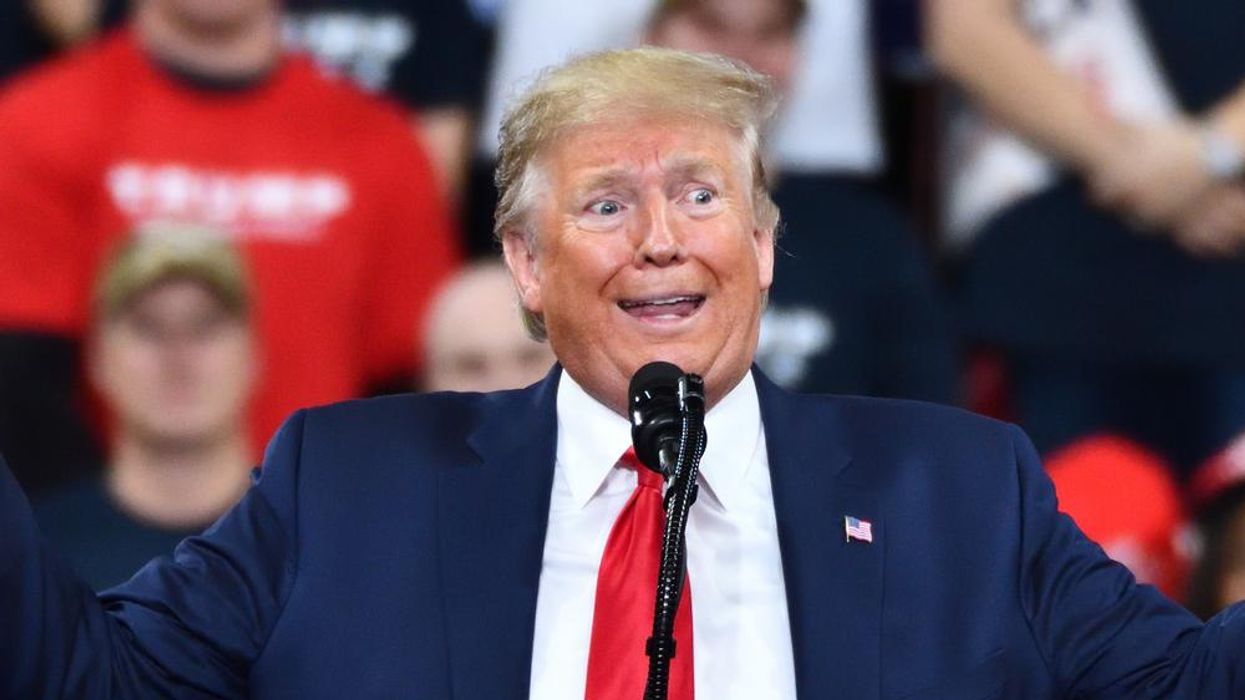 While it is no secret that former President Donald Trump was a large consumer of cable TV during his time in office, one official in the former administration reportedly likened Trump to Mike Teavee, a similarly television-obsessed character from the film "Willy Wonka and the Chocolate Factory."

This revelation came courtesy of a new book, "The Divider: Trump in the White House, 2017-2021," by New York Times reporter Peter Baker and New Yorker writer Susan Glasser. The pair appeared on CNN to talk about their book and told host Don Lemon about several new scoops contained within its pages.

Glasser told Lemon that one of the things that struck the pair the most during their research was just how much the former president focused on TV throughout his workday. "One thing that stuck with me Don, [Trump] is obsessed with television in general, and one White House official - and this is an image that nobody's really picked up on, but I was really taken with it - this official, after observing Trump up close, told me that he was the first and only president in American history - again, this is a White House official - the first and only president in American history who defined his job to be like Mike Teavee in 'Willy Wonka and the Chocolate Factory,'" she said, causing Lemon to burst into laughter.

Teavee was a young child who, in the 1971 film, was completely obsessed with television, allowing it to totally take over his entire life. His entire persona revolved around watching TV all day, and towards the end of the film, he ends up getting his wish fulfilled by being shrunk down by Willy Wonka and sent into a television set.

IN OTHER NEWS: Trump's chances of facing federal prosecution have 'skyrocketed'

"That was Donald Trump, according to one of his advisors," Glasser said.

While the former president consistently denied watching these outlets, he would often tweet about cable news anchors from CNN, MSNBC, and more, often responding to things that they had directly said just minutes before on TV.

Following their segments, Trump would also regularly call out people like Lemon, Anderson Cooper, and Joe Scarborough. He has notably called Lemon "the dumbest man on television" multiple times, and gave people nicknames such as "Psycho Joe" on Twitter.

Sidemen raise more than £1million for charity with all star game with 15 goals, watched by 18m on YouTube