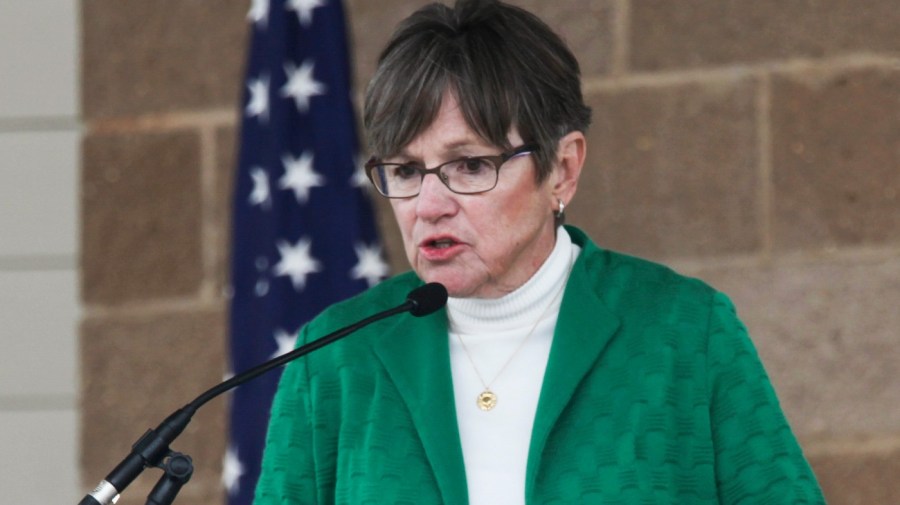 The poll also showed the Democratic governor with a lead among Independent voters. Forty-six percent of Independents said they favored Kelly, while 30 percent said the same about Schmidt.

Kelly is seen as one of the most vulnerable Democratic governors up for reelection this midterm cycle. The non-partisan Cook Political Report rates the race as a “toss-up.” The Democrat was first elected to the state’s governor’s mansion in 2018, defeating Republican nominee Kris Kobach. Republicans argue that Kelly’s victory was due to Kobach being a weak candidate, however, Democrats point to the governor’s high approval ratings.

Democrats have also expressed optimism in Kansas as a result of the state’s voters overwhelmingly rejecting of an anti-abortion ballot initiative last month. The Emerson College/The Hill poll found that 48 percent of voters said their views aligned with Kelly on the issue while 44 percent said the same about Schmidt.

However, Democrats still face an uphill battle in the red state. President Biden’s approval rating sits at 36 percent in the red state, while his disapproval rating is at 58 percent. And Republicans are leading in other down-ballot races as well. According to the poll, incumbent Republican Sen. Jerry Moran (R-Kan.) leads his Democratic challenger Mark Holland 45 percent to 33 percent. Meanwhile, in the state attorney general’s race, Kobach leads his Democratic challenger Chris Mann 41 percent to 39 percent.

The Emerson College/The Hill poll was conducted on September 15-18 among 1,000 likely voters. The margin of error is plus or minus three percentage points.