IF you’re a big fan of a fry-up or a bacon sandwich for breakfast, you’ll no doubt have been frying your bacon in oil to achieve that perfect crispiness.

But one cooking fan has shared how she’s found a way of making it the tastiest and crispiest you’ve ever had – and the best bit is that it doesn’t cost a penny.

Jennifer Valentyne, who can be found at @jennifervalentyne, shared the helpful cooking hack on her TikTok page.

The social media star, who has amassed over 522,000 TikTok followers thanks to her cooking content, recorded herself giving a step-by-step tutorial on how to do it.

She explained: “Put your bacon in a pan and then we’re going to add water – just enough to cover the bacon.”

Jennifer then took a glass of tap water and evenly poured it into the pan so that it was ready to cook. 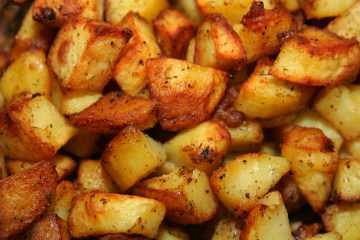 I'm a cooking pro, you're doing roast potatoes wrong, do them in the MICROWAVE 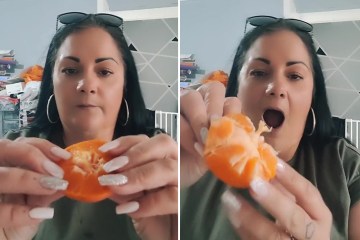 After turning on the heat on the hob and watching the bacon sizzle, she continued to speak about its big benefits.

Jennifer said: “It makes the bacon crispier and it doesn’t splatter.”

She then took a rasher of perfectly crispy bacon from the pan, which was golden brown.

Jennifer isn’t the only cooking fan to have tried out the technique.

Another account called John’s Kitchen, aka @johns_kitchen, also covered the bacon he was cooking in water.

He told his followers: “You keep cooking until all the water has evaporated and it apparently leads to crispier bacon without it trying out.”

After sampling the finished results for himself, John gave the hack a big thumbs up and concluded: “The verdict is it takes a little bit longer, but really good – I’ll be doing it again.”