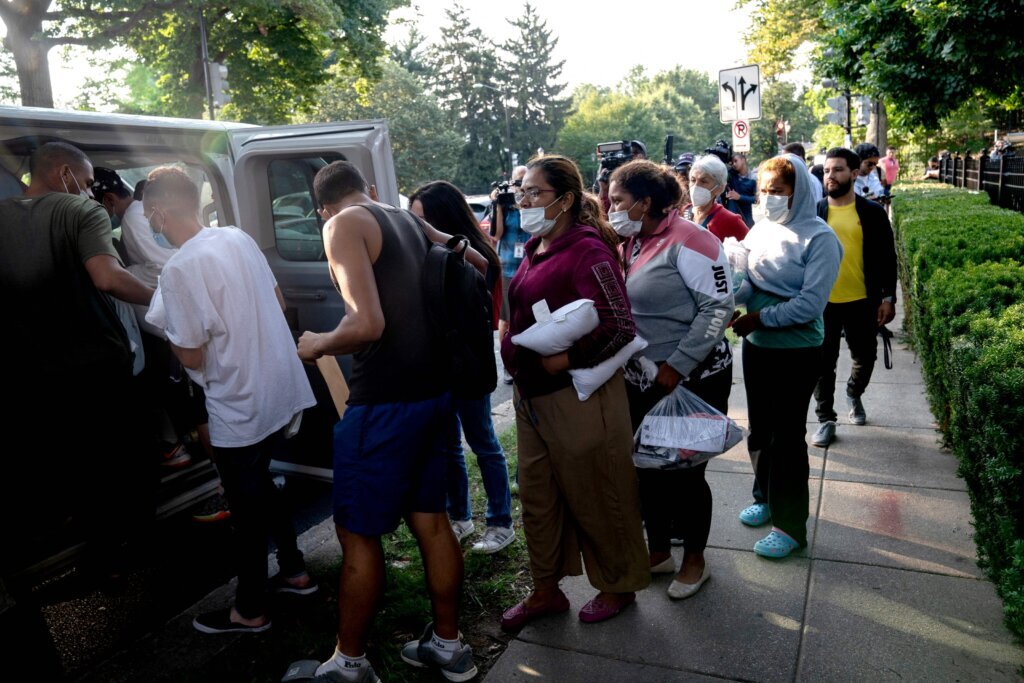 Days after D.C. Mayor Muriel Bowser declared the arrival of migrants being bussed to the District from Texas and Arizona a public emergency, the city’s council has backed her up by approving the emergency legislation.

The council’s approval means the mayor’s administration will be able to spend $10 million to create an Office of Migrant Services.

“It’s our responsibility as a sanctuary city, as a city that has always welcomed those cast off from somewhere else to greet every single person who arrives here with dignity, with a warm welcome and ultimately with the services they need to thrive,” said Council member Brianne Nadeau ahead of the council’s vote on the mayor’s bill.

During her announcement of the public emergency on Sept. 8, Bowser said opening the new office would establish a framework for the city’s response in providing migrants with everything they need, from food to shelter to legal services.

D.C. Council member Robert White said those being bussed into the District and dropped off in different locations, including Union Station and in front of Vice President Kamala Harris’ home, need help now.

“More assistance should be coming from the federal government,” White said. “Absent that, we need to step in to provide help.”

The Migrant Services and Supports Emergency Act of 2022 was introduced by Nadeau on behalf of the mayor. Bowser thanked the council for approving it and for helping her office address what she calls a “humanitarian crisis” facing the District.

“D.C. is not a border town, but we will not stand by and let the actions of those trying to create instability for people seeking a better way of life,” Bowser said in a statement.

“With the establishment of the Office of Migrant Services, we stay true to our D.C. values by creating a framework for providing support to individuals and families while ensuring our homeless services systems continue to support our D.C. residents.”

Several members of the council expressed their disappointment in the federal government’s response to the situation facing D.C. The mayor reflected those same feelings in her statement.

“As I have said before, what our country needs is for Congress to fix the immigration system. We also encourage the Administration to fulfill the requests of cities and states that are receiving buses and planes with no coordination or notification from those sending them,” Bowser said.

While the board did vote to approve the bill, it voted down an amendment from Nadeau which sought to address concerns expressed about the migrant bill being too broad. Among other concerns was that the bill blocked migrants from becoming D.C. residents and failed to prevent migrant children from being housed in congregate settings.

Many of the council members who voted against the amendment agreed to take up those concerns at future meetings.

How intermittent fasting works... and what its benefits are

Today24.pro
How to Get MICROSOFT OFFICE for FREE in 2022! Sweet Potato Souffl These Are The 11 Best Weapons Wielded By A Predator Tavern-Style Pizza The Cooking Show