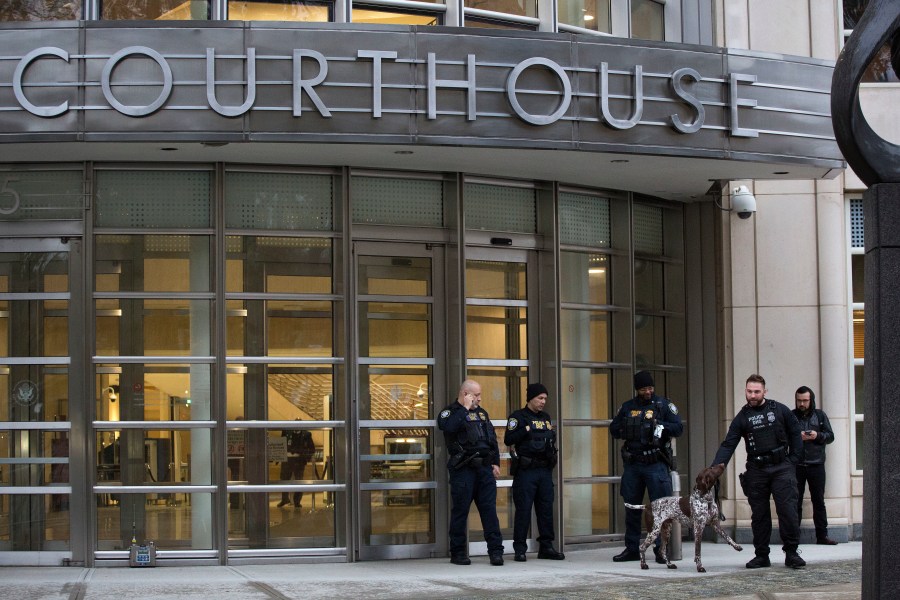 “The defendants threw in their lot with Bloods gang members and betrayed their sworn duty to maintain the safety of incarcerated individuals and other correction officers at Rikers Island by smuggling cellphones and drugs into the jail,” U.S. Attorney Breon Peace said. "This office and our law enforcement partners are committed to rooting out corruption at Rikers Island."

Authorities said Patterson was working for alleged Bloods gang member Michael Ross, who paid Patterson at least $34,090 in exchange for the contraband. Investigators found the drugs and phones in Ross’ cell in the Robert N. Davoren Center, officials said. Ross has also pleaded guilty to the bribery charge.

Burrell allegedly smuggled at least two cellphones into the Anna M. Kross Center for inmate Terrae Hinds in exchange for the money. The defendant also helped the purported Bloods gang member to operate his drug business inside the prison, prosecutors said. The charges against Hinds are pending.

Burrell and Patterson are facing lengthy prison sentences. The Department of Correction did not immediately respond to an inquiry about their job status.

“When correction officers betray their oath to serve and protect, the public is put at risk and the entire law enforcement community is tarnished,” NYPD Commissioner Keechant Sewells said. “We have zero tolerance for such misconduct."