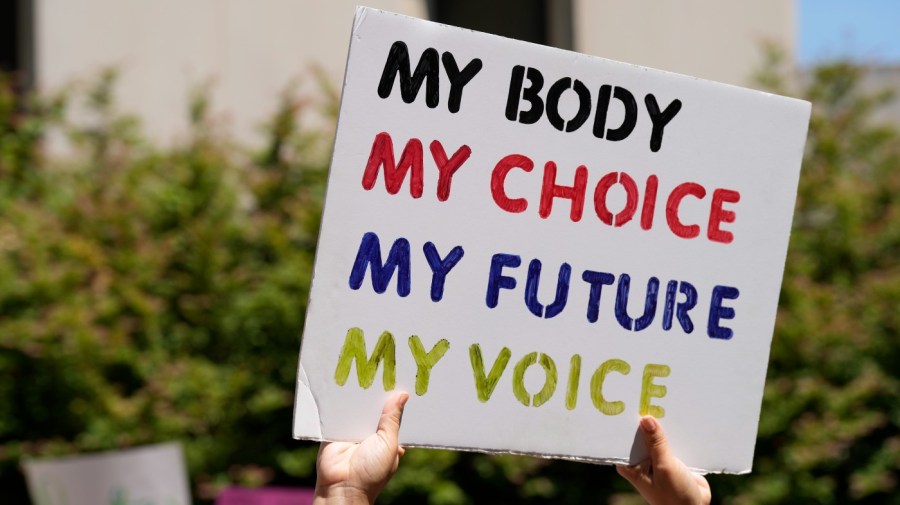 As we head into the final month before the midterm elections, one thing has become clear across the country: young people are ticked off and determined to stop extremist Republicans from taking our country back in time.

All three crises we’re facing as a country — the climate crisis, economic turmoil, and a democracy in decline — are all coming to a head at this very moment, leaving millennials and Gen Z as the last generations who can act to prevent irreversible harm. Now more than ever, we need the collective power of young people to save our futures.

This year, on Sept. 20 — National Voter Registration Day — NextGen America, the organization I head, will welcome a new wave of young voters ready to defend our rights.

National Voter Registration Day was initiated in 2012 as a nonpartisan civic holiday to celebrate the right to vote as a pillar of our democracy, yielding millions of new voters. Since 2013, NextGen America has registered more than 1.4 million young voters and educated many millions more. In 2020 alone, NextGen mobilized one in every nine young voters who turned out at the ballot box and secured major victories for Democrats.

But the relief and pride that young people felt about 2020 were sorely challenged by the trauma of Jan. 6 and the long slog to extract meaningful policy change from a deeply divided Congress. As critical legislation on climate change and college debt languished, many young people had to dig deep for reasons to believe in the process, and some began to doubt that their participation even mattered.

What is just as notable, though, is how many of our volunteers and members refused to be discouraged. Thousands upon thousands continued to reach out to their legislators to demand action on the issues that mattered most and to engage their peers on the need to persevere.

The passage of the Inflation Reduction Act and President Biden’s move to cancel student debt are significant victories, and young voters know that their passionate organizing and advocacy were central to that success.

But beyond these substantial policy gains, younger voters have been reignited by the threats to our basic freedoms by election deniers, a right-leaning Supreme Court, and a certain former president who seems to lurch between the criminal and the insane.

● Two in three say the decision has made them care more about what happens in November.

● Nearly two in three agree: “Abortion rights are on the ballot this year.” And just two more pro-choice senators willing to reform the filibuster are needed to help pass a law to protect these rights.

● The margins of opposition to Dobbs are huge among young women voters: 18 percent support vs. 76 percent opposed. Even half of Republican voters 35 and under opposed the Dobbs decision. Female Republicans oppose it by a 21-point margin (36-57 percent).

We are undoubtedly living through difficult times, and it can feel exhausting to keep voting when elected officials are unable to get the job done. But we have made important progress, and we didn’t come this far to give up now.

The young people with whom I work every day are determined to defend our rights and our freedoms: of bodily autonomy, to make our own decisions about when we bear children; to decide with our doctors about the best and safest health care based on our situation, not on someone else’s politics or religious beliefs; to learn in schools, sheltered from bigotry, bullying, and gun violence; to love and marry the partners of our hearts; to breathe clean air and drink clean water; to care about each other more than we care about corporate profits; and the freedom to vote via a process that is easy and fair every step of the way and where every vote counts.

We cannot afford to take a pass for the sake of convenience. Young people know that voting is not the only thing they can do, but rather the most basic thing they must do. We need to keep showing up for every election cycle to elect the leaders who will add to our freedoms rather than eliminate them. There are 70 million of us ages 18-35 in this country, and the future is, quite literally, ours.

As the old movement song reminds us, “Freedom doesn't come like a bird on the wing; It doesn't come down like the summer rain; Freedom, freedom is a hard-won thing. You've got to work for it, fight for it, day and night for it, and every generation has to win it again.”

And so we will. This November. And beyond.

Cristina Tzintzún Ramirez is the president and executive director of NextGen America.

Today24.pro
How to invest in communications stocks, a sector that's huge, highly diversified, and growing — offering something for almost every type of investor Sweet Potato Souffl Trump Claims He Declassified Documents Using Special Powers! The 31 most stunning photos across women's sports from the last month — Tennis, European Championships, and more