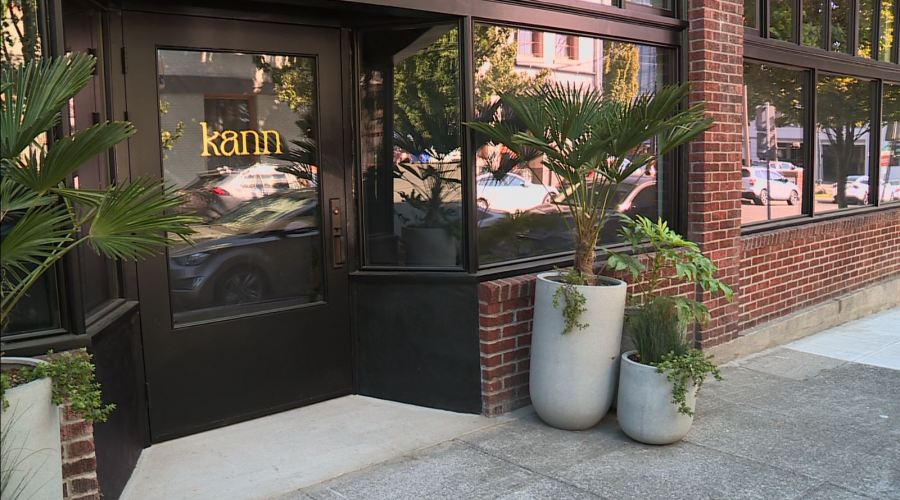 PORTLAND, Ore. (KOIN) -- A Portland restaurant that opened in August is already making national headlines after it was named one of America's best restaurants in 2022 by the New York Times.

Kann, which showcases traditional Haitian flavors alongside dishes inspired by the cuisines of the African, Caribbean, and Southeast Asian diaspora, made the list the New York Times published on Tuesday. The New York Times said it stood out for its "lapel-grabbing power of dynamically spiced, live-fire cooking."

Founder and award-winning chef Gregory Gourdet posted on social media after the article’s release Tuesday saying he’s grateful to be recognized by the New York Times as a restaurant making waves in the country.

Still ‘a lot of work to do’: Wheeler announces plans to improve Old Town

“Kann has been a project that is 4+ years in the making. To see it recognized by the New York Times, alongside a group of the nation’s leading creative culinary concepts is such an honor. I’m so grateful to be working with an incredibly dedicated and talented team, who share my passion for sharing Haitian-inspired cuisine with Portland and beyond,” Gourdet wrote in a statement.

Kann wasn't the only Oregon restaurant on the list, though. Ashland's MÄS also made the top 50 cut.

"In a petite tasting menu restaurant down an alley in downtown Ashland, Josh Dorcak is creating what he calls Cascadian cuisine as a series of Japanese-influenced, picturesque miniatures of memorable poise," the New York Time's Brett Anderson wrote.

Snack Fest PDX is coming to Portland food-lovers in October

Off Alley in Seattle was the only Washington restaurant to make the list.

Kansas QB Jalon Daniels is doing literally everything for Jayhawks, including some awesome punting

Today24.pro
How to invest in communications stocks, a sector that's huge, highly diversified, and growing — offering something for almost every type of investor The 31 most stunning photos across women's sports from the last month — Tennis, European Championships, and more The Sandman Johanna Constantine Coat Trump Claims He Declassified Documents Using Special Powers!