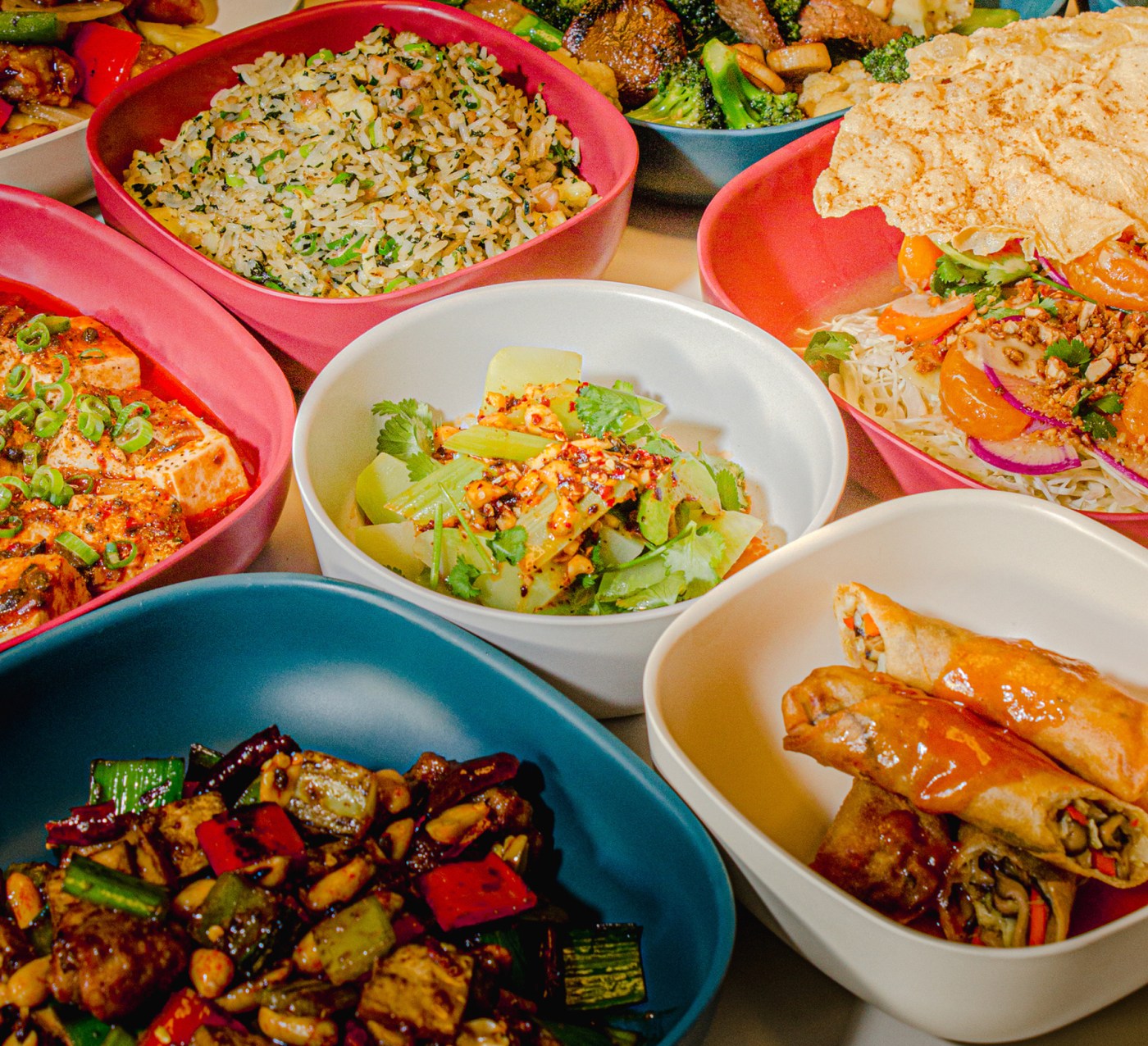 The anticipated opening of Chinese-American fast casual restaurant Mamahuhu was finally revealed last weekend, a complete remake of what was once Mill Valley Beerworks.

This is the second counter service establishment from Brandon Jew, the chef-owner of Michelin-starred Mister Jiu’s in San Francisco’s Chinatown, and the James Beard Foundation’s 2022 best chef in California.

The first Mamahuhu opened on Clement Street in January 2020; both are collaborations with Anmao Sun and Ben Moore, who opened Shanghai’s first seed-to-table restaurant Hunter Gatherer but are now San Francisco-based.

The team’s vision is to combine the rich history and flavors of classic Chinese-American cuisine with a healthful modern approach to ingredient selection and a commitment to a reasonable price point.

The menu is crisp and brief, a departure from your typical Chinese takeout restaurant. Five protein combinations are made from scratch with “transparently raised animals” and are served with jasmine rice and organically grown “wok’d vegetables” which form the core of each dish.

The kitchen relies on meticulous preparation techniques for its fresh and innovative dishes such as sweet and sour chicken (or cauliflower) battered with rice flour and combined with pineapple, honey and hawthorn berries, and broccoli and black peppered grass-fed sirloin (or organic shitake mushrooms) tossed with cauliflower and dino kale.

A sweet and sour spicy chicken sandwich with shredded cabbage and pineapple hot sauce on a house-made pineapple bun makes it on the menu, as do a few sides including a chrysanthemum and cauliflower salad, minced beef and tofu soup, crispy egg rolls, tomato garlic chow mein and Niman Ranch pork fried rice with wild caught shrimp.

Moore says that the restaurant’s exclusive tap and canned beer selection from Fort Point Beer Co. pays a small homage to the legacy of Mill Valley Beerworks where the brewery got its start in 2009. “We love their brand and their beer,” Moore shares.

A fresh mindset informs not only the kitchen but the polished modern dining room by Studio BBA. Moore says a lot of thought went into creating a casual but quality family friendly look.  White oak booths line one side of the narrow space and the enlarged kitchen extends to the back where there had been a long communal table in the former iteration.

Colorful artwork by San Francisco-based artist Casey Gray’s includes a horse with a chow mein mane, a playful take on the restaurant’s name that translates to “horse horse tiger tiger” in Mandarin.

“Right now, we’re just doing counter service so we can get to know the community in person,” Moore says, citing the reason why the restaurant is slowly phasing in phone orders (beginning later this week) and delivery by DoorDash (early October). Reservations are not accepted. Find more information at eatmamahuhu.com.

Such a food marketplace format might seem to necessitate a sizable space, but this small scale “micro food hall” that was previously a Starbucks Coffee is mostly for takeout with just four tables inside and two outside.

Each restaurant licenses certain menu items to Local Kitchens and trains the chefs and staff on location to prepare the dishes to order. This serves the company’s mission to help local restaurants extend their footprint while increasing the number and variety of dining options in surrounding communities with a convenient, something-for-everyone approach.

Place orders at localkitchens.com, in the mobile app or at one of the three kiosks at the restaurant at 741 East Blithedale Ave that’s open daily from 11am-midnight.

Leanne Battelle is a freelance food writer and restaurant columnist. Email her at ij.lbattelle@gmail.com with news and recommendations and follow on Instagram @therealdealmarin for more on local food and updates on the launch of The Real Deal Marin restaurant guide.