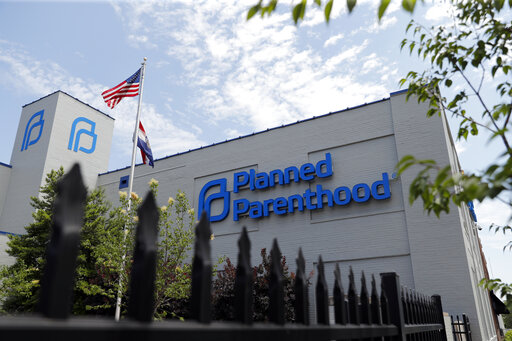 CINCINNATI, Ohio (WCMH) -- An Ohio judge is extending his temporary halt of the state's six-week abortion ban, according to a group involved in the case.

At a status conference Monday, Hamilton County Common Pleas Court Judge Christian Jenkins said he is extending the temporary restraining order against Ohio's heartbeat bill until at least Oct. 12, a spokesperson from the ACLU of Ohio told NBC4. Jenkins will determine whether to issue a preliminary injunction against the six-week ban on Friday, Oct. 7.

Back to the status quo: Clinics in Columbus, Dayton to resume second trimester abortions

In a ruling last Wednesday, Jenkins issued a temporary 14-day restraining order against Ohio's six-week abortion ban, effectively making abortions legal against up to 20 weeks of gestation. He was responding to a motion for a temporary restraining order filed by five companies, which run abortion clinics in Columbus and other parts of the state.

In making his decision, Jenkins referenced the local case of a pregnant, 10-year-old sexual abuse victim who had to travel out of state to Indiana.

"This child was a victim of crime who should have had access to clearly needed health care in the form of abortion in her community," Jenkins wrote. "S.B. 23 clearly discriminates against pregnant women and places an enormous burden on them to secure safe and effective health care such that it violates Ohio’s Equal Protection and Benefit Clause and is therefore unconstitutional."

In the weeks following the overturn of Roe v. Wade, a national audience targeted Ohio's six-week abortion ban for debate with that real-world example of it in practice. Jenkins also referenced two cases where female cancer patients were denied chemotherapy until they terminated their pregnancies but could not get abortions in Ohio because of the law.

"Her only choice other than foregoing chemotherapy was to travel out of state for [an abortion]," Jenkins wrote.

A federal court blocked enforcement of the heartbeat law three months after it passed, but that changed after Roe v. Wade was overturned in 2022. Attorney General Dave Yost successfully petitioned the federal court to dissolve the injunction, and though the law saw challenges from Ohio abortion clinics, was upheld by the state supreme court.

Drivers are paying wildly different amounts for their insurance based on location – how cheap is your area?

'Barney: I Love You, You Hate Me' Docu-Series Trailer Explores Dark Side of the Kids' Show - Watch Now

Lakers’ Anthony Davis sets goal: ‘I want to be able to play all 82’