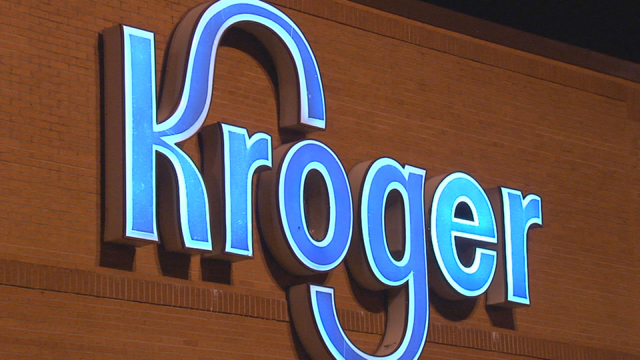 COLUMBUS, Ohio (WCMH) – Just over 80% of unionized Kroger workers authorized a strike Friday morning. But as of Tuesday, the union has not called a strike, and both sides have also not come to a public agreement.

Of the more than 6,700 union members who voted throughout the course of last week, 55% rejected what the grocery chain was offering them in a third and “final” tentative contract agreement.

Voting held last Tuesday through Thursday was the third time members were asked to consider a tentative contract from Kroger. They voted down the first version of the contract at the end of July, and the second a month later, in late August, according to emails sent to UFCW Local 1059 members obtained by NBC4.

Both the company and the union representing its employees, the United Food and Commercial Workers International Union, had recommended workers ratify each prior proposal.

When workers voted on the most recent offer, they were also asked whether to authorize a strike – which the UFCW recommended members vote in favor of, in case the contract was rejected by a majority of them. That gave the union the ability to call a strike, even though one may not come to fruition.

What is in the contract?

Kroger said the most recently rejected proposed contract, which was characterized as its “last, best and final offer,” contained a number of wage increases and healthcare investments, according to Monday and Sunday press releases.

Dana Zurcher, the Columbus division president, said in the Monday release that Kroger is looking to invest more in worker paychecks while maintaining grocery prices for customers.

The major sticking point is believed to be over what Kroger has offered as a wage increase. In its message to workers, the union also said what comes next is “in Kroger’s hands.”

But Kroger has asked the union as recently as Monday to move forward with the recently rejected contract.

Both sides have been preparing in case workers establish a picket line – even if it doesn’t come to that.

On Friday in an email informing members of the vote count, the local UFCW wrote, “Strike preparation and planning has already been underway, since Kroger characterized their proposal as a ‘Last Best Final Offer.’ Please prepare for that possibility.”

In recent days, a number of temporary retail associate listings populated Indeed for stores in the region asking potential applicants strike-related questions, including: “Are you aware you are applying as a temporary worker due to a possible labor dispute with UFCW that could occur? If you are hired, are you willing to cross the picket line?”

Neither the company or the union answered a request for comment on the listings, which only appear on the third-party job listings website.

Kroger has also left at least two automated voicemails for workers from Zurcher. She calls striking "a drastic course of action" in one, according to recordings of the voicemails obtained by NBC4.

"No one wins during a strike," Zurcher said in the voicemail.

Who would a strike affect, and how far would it reach?

Although the Columbus division includes stores in Toledo, according to Kroger’s website, not all of them fall under the UFCW Local 1059’s jurisdiction.

Eighty-two stores and around 12,500 workers within the Columbus division would be affected, according to UFCW Local President Randy Quickel. That stretches throughout the city, out to neighboring central Ohio counties and down to southeast Ohio.

Weekly horoscope for September 25 – October 1: What the stars have in store for every zodiac sign revealed

Today24.pro
How to invest in communications stocks, a sector that's huge, highly diversified, and growing — offering something for almost every type of investor How to Get MICROSOFT OFFICE for FREE in 2022! The 31 most stunning photos across women's sports from the last month — Tennis, European Championships, and more Sweet Potato Souffl