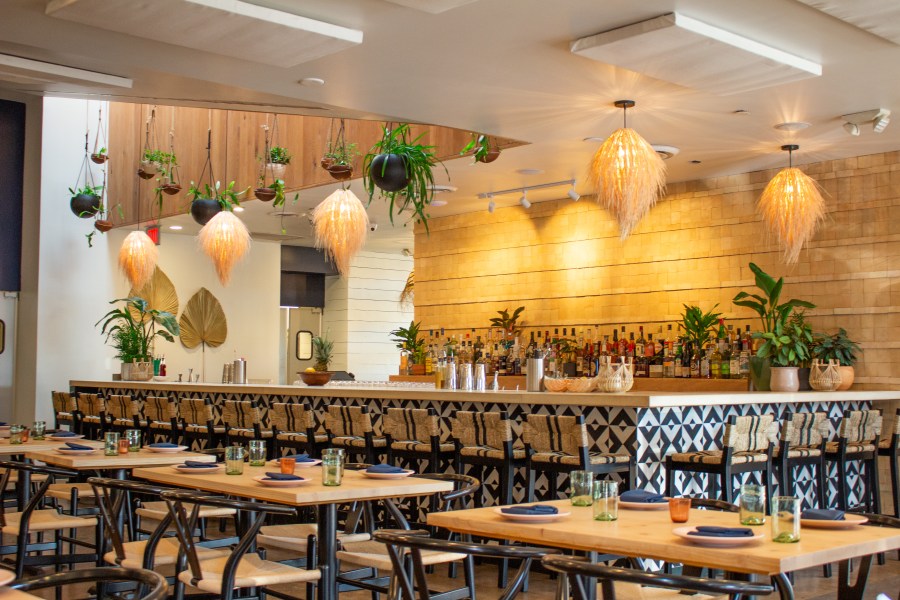 AUSTIN (KXAN) — An Austin restaurant that pays homage to Guyanese and Caribbean cuisine was recently recognized by The New York Times as one of the best restaurants in the nation.

Canje is located off East Sixth Street near Chicon Street on the east side of town. It opened in October of last year.

The eatery was created by Chef Tavel Bristol-Joseph, who also co-owns establishments Emmer & Rye and Hestia in Austin. All are part of the Emmer & Rye Hospitality Group.

The New York Times released the list of 50 of its favorite restaurants in America on Monday.

In it, the newspaper described Canje's food as a "tangy, spicy, bright, coconutty dreamscape."

"Here at Canje — an ode to his Guyanese roots, with a menu that also stretches across the Caribbean — he has switched gears, with brilliant results. The food is a tangy, spicy, bright, coconutty dreamscape. Tilefish soaked in tamarind and rum butter. Prawns brushed with a verdant green seasoning and smoked chiles. A tres leches cake drenched in coconut milk. What makes the jerk chicken so supercharged with flavor? Mr. Bristol-Joseph ferments his seasoning. And plan on at least one order of the buttery Guyanese-style roti per person," wrote food reporter Priya Krishna.

Canje also landed on Bon Appétit's own list of the 50 best new restaurants in the country this year.

At least two other Texas restaurants made The NY Times list, both in North Texas: Sister in Dallas and Smoke’N Ash B.B.Q. in Arlington.