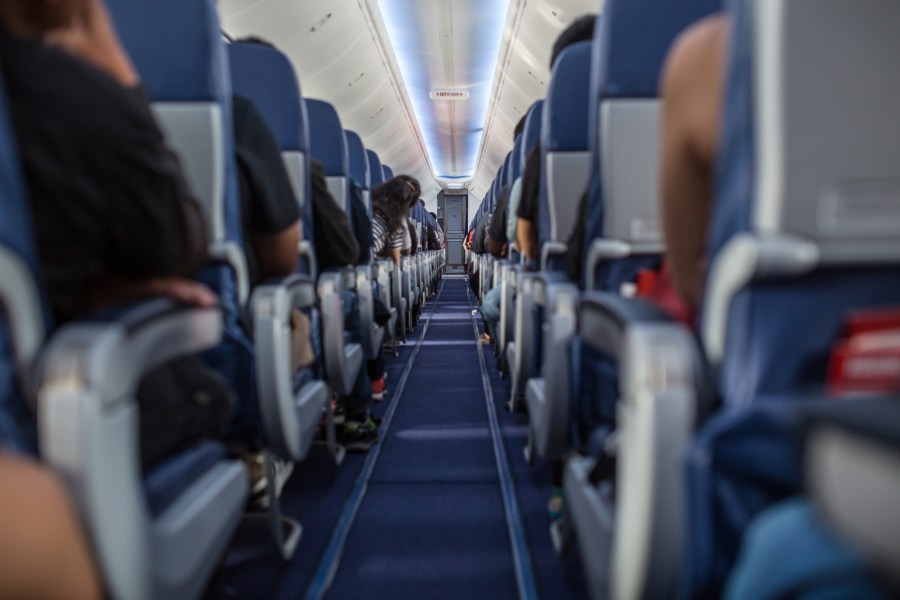 NEW YORK (PIX11) --- Smelly people, loud drunks, and seat kickers are just some of the annoying habits passengers complain about on flights, according to a new survey.

Body odor, smelly food, and bad parenting also cracked the top 10 list of bad behaviors on planes, according to the Airplane Etiquette Violations Survey conducted by The Vacationer.

These are the 10 ‘worst’ airports in the US, according to Frommer’s

Kicking the back seat and disruptive drunks each drew 59.11% of the votes from the nearly 1,100 people polled in the survey. Poor hygiene or too much perfume or cologne came in third with 48% and inattentive parents got around 46% of the votes, the survey said.

Hogging the armrests, fully reclining the seat in front of you, and chatty passengers were also among the pet peeves, according to the data. The survey stats showed men were more likely to be annoyed by rule breakers, like those who board out of turn, while women were irked by talkative or flirty passengers.

'I love being with her': Trump says in new book that New York Times reporter Maggie Haberman is like his 'psychiatrist'