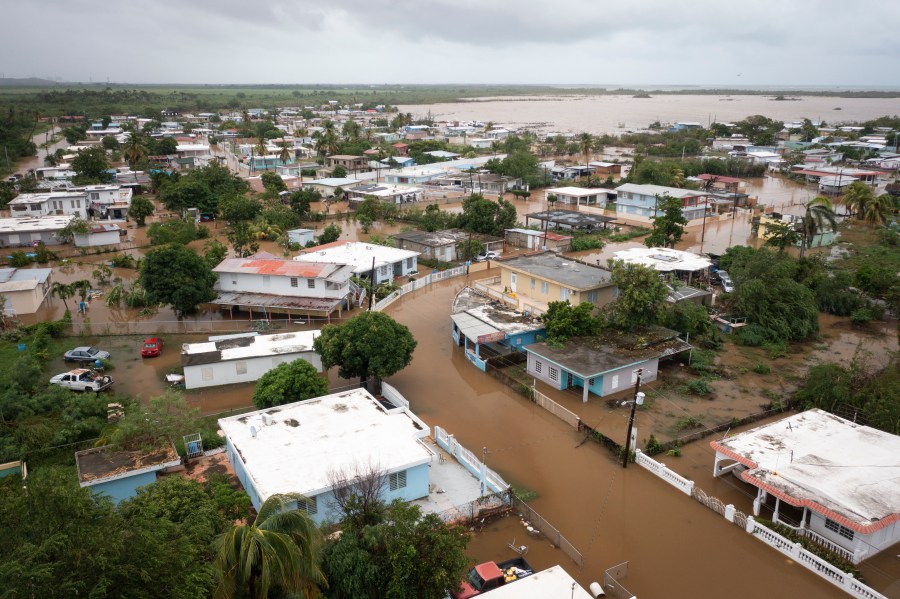 Hurricane Fiona blasted Puerto Rico on Sunday, leaving most people without electricity or running water as the week continued.

The blow from Fiona was made more devastating because Puerto Rico has yet to recover from Hurricane Maria, which destroyed the power grid in 2017. Five years later, more than 3,000 homes on the island are still covered by blue tarps. Authorities said Monday at least 2,300 people and some 250 pets remained in shelters across the island.

By Tuesday morning, authorities said they had restored power to more than 285,000 of the island's 1.47 million customers. Puerto Rico's governor, Pedro Pierluisi, warned it could take days before everyone has electricity. Water service was cut to more than 837,000 customers — two thirds of the total on the island — because of turbid water at filtration plants or lack of power, officials said.

“We are in constant contact with those on the ground and are determining how we can be most helpful in the days and weeks ahead,” he said.

With residents struggling, there are ways you can help. The list below will be updated as more relief efforts launch:

Adaptation of German classic ‘Spring Awakening’ to be performed in November