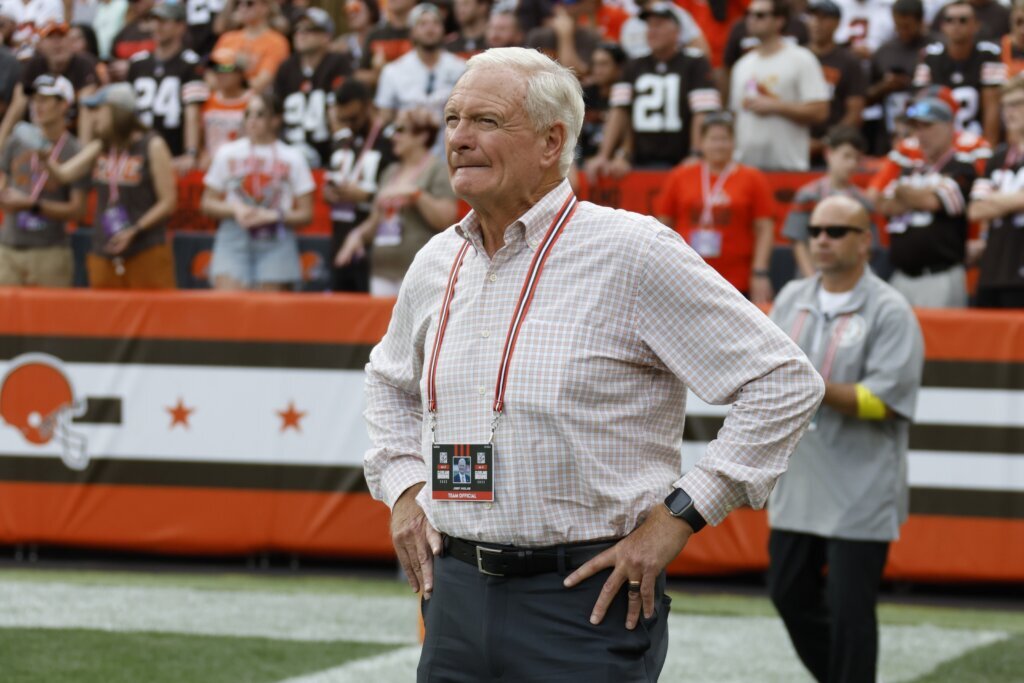 BEREA, Ohio (AP) — Cleveland Browns owner Jimmy Haslam was struck by a plastic bottle thrown from the stands Sunday as he walked on the sideline after the New York Jets rallied to take the lead in the closing seconds.

The Browns released a statement Tuesday after a video surfaced of Haslam being hit.

After the Jets scored their go-ahead touchdown on a pass from Joe Flacco to rookie Garrett Wilson with 22 seconds left, Haslam is seen walking toward the exit tunnel in FirstEnergy Stadium when he’s struck by the projectile. Haslam stops and points in the direction that the bottle came from.

Browns spokesman Peter Jean-Baptiste said the matter is under investigation.

“Fan, player and staff safety is the top priority in our building and behavior that puts others in danger will not be tolerated,” he said. “Luckily no one was harmed in this incident and as a standard practice, we’ve cooperated with law enforcement authorities and security video footage of the object being thrown is in the appropriate hands.

“We will have no further comment on this matter.”

In 2001, a game in Cleveland was stopped in the final moments after angered Browns fans pelted the field — and officials — with plastic bottles following a controversial call in a loss to Jacksonville.

Kansas State leads No. 6 Oklahoma the whole way in 41-34 win