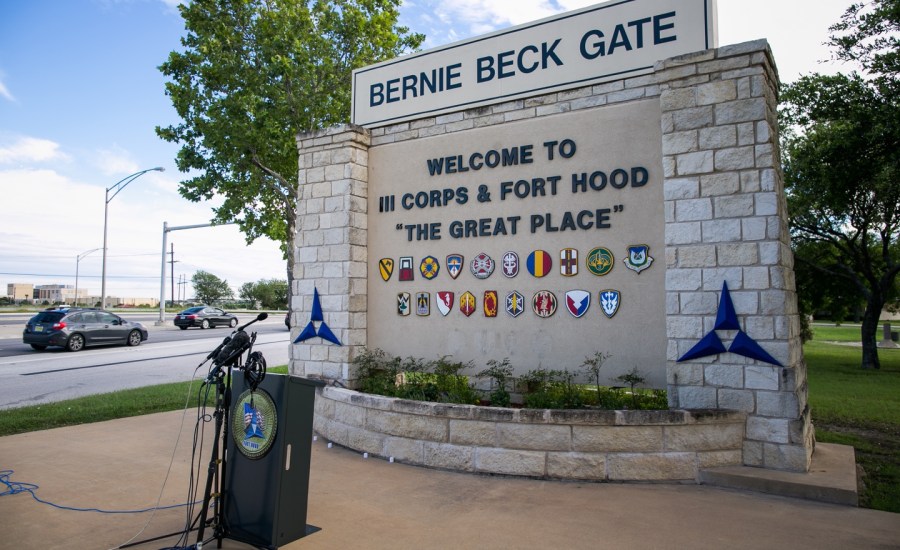 The commission in charge of reviewing military bases and assets named after Confederate figures has put forward its final suggestions to rename or remove more than 1,100 items that fall under the purview of the Defense Department (DoD).

In its third and final report to Congress, delivered Monday, the Naming Commission flags several of the recommended changes among the hundreds.

The panel – mandated in the annual defense authorization bill last year – was meant to construct a plan to rename, alter or remove names, symbols, displays, monuments and paraphernalia honoring the Confederacy by Jan. 1, 2024.

In the place of those nine titles, the panel put forward suggestions to name the installations after a more diverse group of military heroes, including renaming Fort Hood, Texas, after Gen. Richard Cavazos, the Army's first Latino four-star general.

In part-two of the commission's report released last month, the panel identified items that carry Confederate figures’ names at the military academies.

The group’s report suggested that the West Point U.S. Military Academy and the U.S. Naval Academy rename landmarks and structures that commemorate Robert E. Lee and other Confederate officers.

Combined altogether, it’ll take an estimated $62.5 million to implement the recommendations from its final report, according to the commission.

Detailed in the report are suggestions to take out Confederacy references in the names of five Army landing craft vessels and renaming the Navy’s USS Chancellorsville and USNS Maury, named after a Confederate-won battle and a Confederate Navy commander, respectively.

It also recommends scrutinizing several Army Corps of Engineers’ civil works, such as the Stonewall Jackson Lake and Dam in West Virginia.

The panel does not go so far as to give name recommendations for those civil works, instead punting the job to Congress due to some of the assets being jointly owned by DoD and individual states, according to the report.

For the other military assets that honor the Confederacy, the panel gives a long list of more than 3,600 vetted names that could be used in changes.

Defense Secretary Lloyd Austin and Congress now must sign off on the proposed changes before they can take effect.

Despite Hurricane Ian, Trump pushed to be deposed at Mar-a-Lago on Friday: report

Can you take an STI test when you have your period?