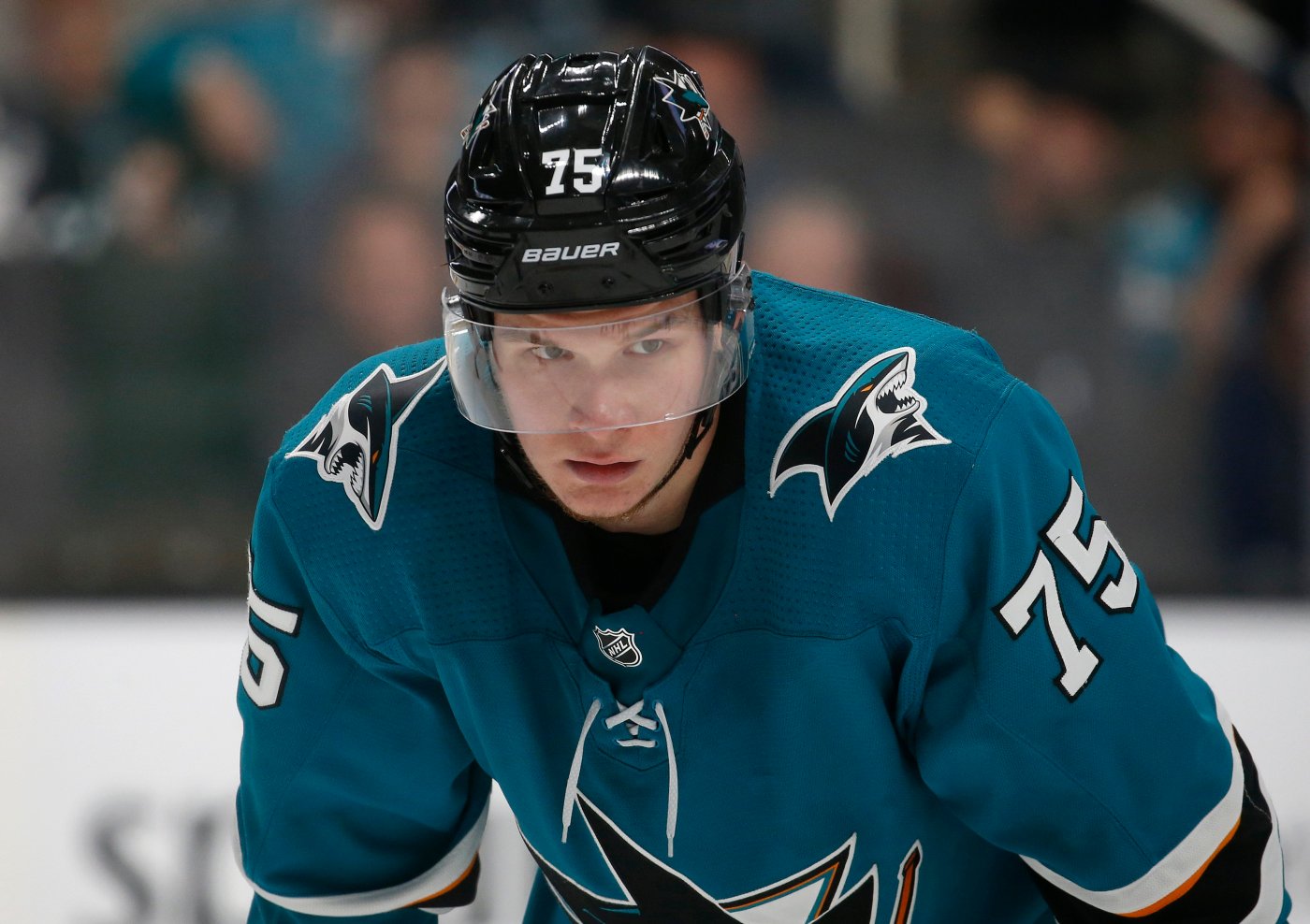 SAN JOSE – The San Jose Sharks in recent years almost no choice but to include some forwards on their opening night rosters who just weren’t ready to play a full season in the NHL.

In 2019, it was Danil Yurtaykin and Lean Bergmann, and the following year, John Leonard and Joel Kellman made the team, almost by default. None of those players, likely promoted too soon, remain in the Sharks organization.

The new Sharks regime didn’t want those same mistakes to be repeated.

The acquisitions not only provide some stability to the Sharks’ group up front but also help prevent the organization from having to play too many forwards in the NHL before they’re ready, which could potentially hinder their development.

“If a guy earns it, then he’s going to make the team,” Sharks coach David Quinn said ahead of training camp, which begins Thursday. “To me, that’s the key to any successful organization.

“If you’re rushing a player and giving him something he doesn’t deserve, then I think it’s counter-productive to development. The other part is the locker room looking at that situation real funny. These guys have to earn their opportunity.”

With the additions, the Sharks now have 12 forwards on one-way contracts, with three more players requiring waivers to be assigned to the AHL’s Barracuda. The Sharks will likely carry 13 or 14 forwards for the majority of the regular season.

That doesn’t make it impossible for forwards on entry-level contracts to crack the big club’s roster out of camp, but it will be a greater challenge than it has been of late.

“I didn’t expect it to be easy to play in the NHL,” said Sharks center Thomas Bordeleau, now in the second year of his three-year ELC. “At the same time, I just want to play.”

Because of injuries, COVID-19-related absences, and other reasons, a franchise-record 18 rookies played for the Sharks last season with 11 making their NHL debuts. Both marks led the league.

Those experiences were no doubt unforgettable for each player, but they didn’t come without a few growing pains. The Sharks dressed more rookies after the March 21 trade deadline and won just five of their last 20 games to finish 32-37-13.

“I thought we had a good team, but guys got hurt, and there are minor league guys that are probably up before they’re ready,” forward Nick Bonino told the Sharks Audio Network recently. “I know it benefited me to play (69) games in AHL.

“As a whole, last year was just a struggle.”

Rookies Jonathan Dahlen, William Eklund, and Jasper Weatherby all made the Sharks roster out of training camp last season and made their NHL debuts in San Jose’s season-opener on Oct. 16, 2021.

Eklund had just turned 19 and was returned to Sweden after nine NHL games, as the Sharks felt he needed another year to become more physically mature. Weatherby was 23 but hadn’t played more than 36 regular season games in three years at North Dakota, and spent most of the second half of the season in the AHL. Dahlen’s game fell off a cliff in the second half and he was not brought back.

Scott Reedy, meanwhile, began last year with the Barracuda, played big minutes in the top-six forward group, and had 23 points, with 14 goals, in his first 23 AHL games of the season. Reedy, the Sharks’ 2017 fourth-round draft pick, had also played 17 games with the Barracuda the season before after four seasons with the University of Minnesota, and has 35 points in 55 AHL games.

“It was huge for me to get games under my belt there, build my confidence, play in some different roles, build power play time,” Reedy said of the AHL. “There’s definitely a lot of valuables that I built on just playing in the AHL and learning the pro game a little bit there before I made the jump.

“It was definitely what I needed.”

Reedy, of course, saw who the Sharks added in the offseason and knows it won’t be easy to crack the season-opening 23-man roster. No should it be, he says.

“I think it’s great,” Reedy said. “There’s a lot of new faces, familiar faces, too. So it’s just going to be a competitive atmosphere, and that’s what we need around here.”

“Hiring Mike Grier to come in and kind of put his mark on it and have now a vision and a direction for the next few years is huge,” Bonino said, “and I do look at our team as stronger.”

Cancer horoscope: What your star sign has in store for September 25 to October 1