RUGBY LEAGUE star Michael Purcell has died at the age of 28.

The Australian star, known as “The Kangaroo Catcher”, was killed in a car crash on Sunday morning.

Purcell was a versatile winger and full-back who made a name for himself as a star player in Queensland rugby league.

The speedster, who earned his nickname after apparently keeping pace with a kangaroo, starred for clubs including Ipswich Jets and Brisbane Tigers.

The star was then signed up by NRL giants Melbourne Storm last year. 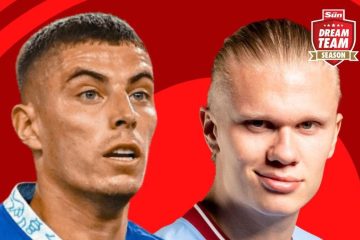 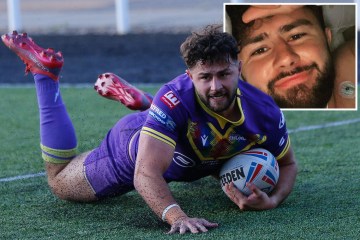 And he recently played for the Tigers at the Intrust Super Cup.

Tributes flooded in from those in Australian rugby league, with the Tigers tweeting: “We are extremely saddened to hear of the passing of MIchael Purcell, also known as the Kangaroo Catcher.

“Thoughts and prayers are with Purcey’s family, friends, those he played with at the Tigers, Bulimba Bulldogs, Brothers, Ipswich Jets and the wider rugby league community.”

Former Jets coach Ben Walker added: “I am shattered, it’s so, so sad.

Most read in Rugby League

Lewis Murphy: Wakefield must believe they can stay in Super League to do it

“He was a really talented kid who definitely had the ability to play NRL.

“We got a tip about this kid playing reserve grade and his nickname was the ‘Kangaroo Catcher’ because the story went he was so fast he once chased down a kangaroo during a cross-country run in the bush.

“We signed him to the Ipswich Jets and he ended up scoring 66 tries in 71 games. He had incredible speed.”

Netflix’s Avatar: The Last Airbender Series Has All The Right Elements