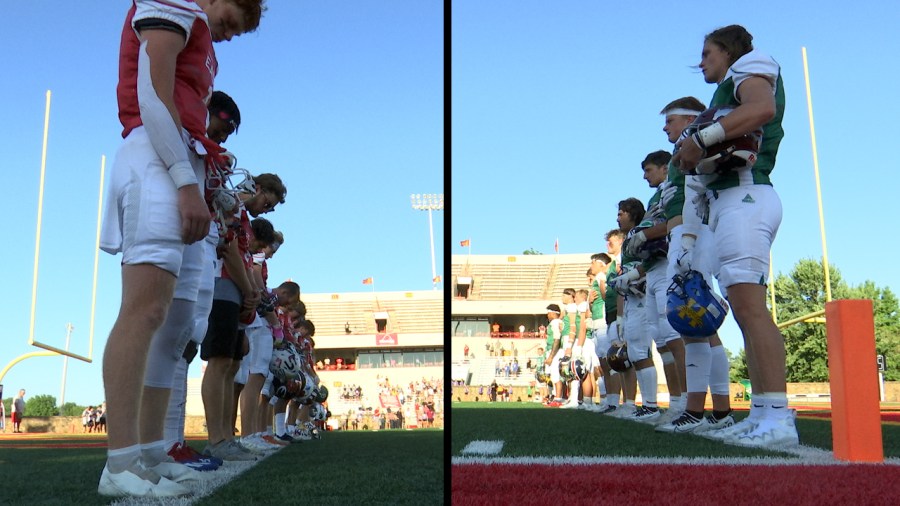 The best recent high school graduates from across the state practice for a week in preparation for the annual all-star game. See which area players made the cut here.

The first area star to make a big play was Junction City's Keghan McConnell and West team member grabbed an interception and took it deep into enemy territory. West was soon after the first to score on a touchdown run from Emporia State football commit Lance Hoffsommer.

The West took a 7-0 lead into halftime. Soon into the start of the second half, a bad snap led to West punter Emanuel Aguilar kicking the ball into the back of the endzone, making the score 7-2 West. Aquilar sent the safety kickoff 80 yards for a touchback soon after, a record distance for a touchback at the Shrine Bowl.

In the fourth quarter, the East found the endzone on a run from Basehor-Linwood's Zack Sisemore. A two-point conversion put the East up 10-7.

With less than a minute in the game, the West drove down inside the East ten yard line. The East stood strong, and the West settled for a field goal.

All proceeds from the day's event goes towards the Kansas Shrine, which helps area children's hospitals.