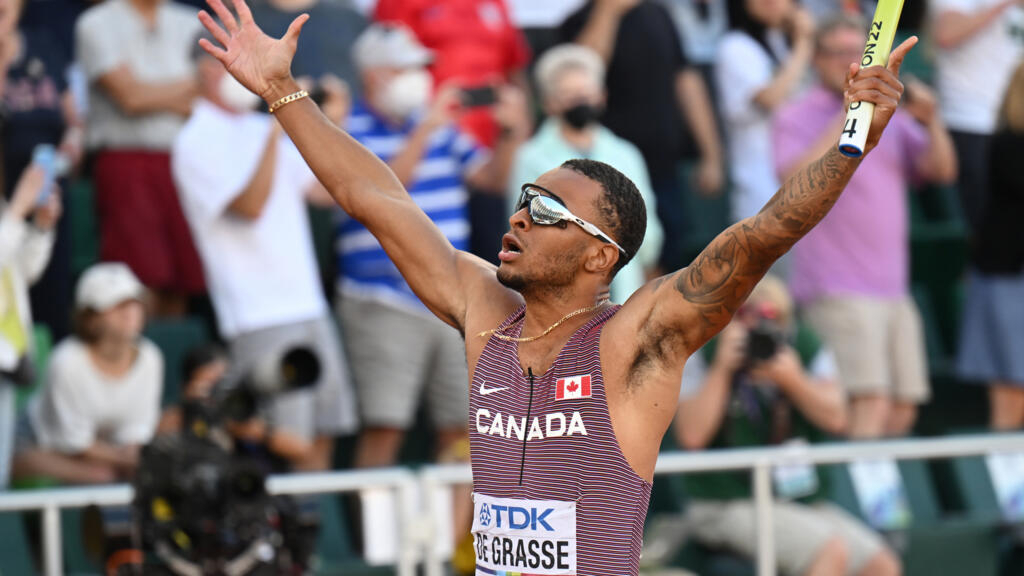 Andre De Grasse anchored the Canadian quartet home in 37.48sec at Eugene's Hayward Field after another disappointing relay performance from the US men. Aaron Brown, Jerome Blake and Brendon Rooney put De Grasse in position to streak home for gold as the USA took silver in 37.55sec and Britain the bronze in 37.83sec. "To finish the championships like this is great," said De Grasse, who has battled through a foot injury this season and a second bout of Covid-19 to compete in Eugene. Even without the injured 100m gold medallist Fred Kerley, the powerful United States quartet had been expected to add another gold to their successful track campaign. But after a blistering first leg from 2019 100m world champion Christian Coleman, a sluggish first changeover to 200m champion Noah Lyles left the Americans scrambling. Another poor baton change from third leg runner Elijah Hall to Marvin Bracy proved costly, and De Grasse was able to hold on for the gold.

US Veteran, Victim of Iranian-Backed Attack, Speaks Out Amid Iran Negotiations

She-Hulk: Attorney at Law review: Marvel’s most confident show yet