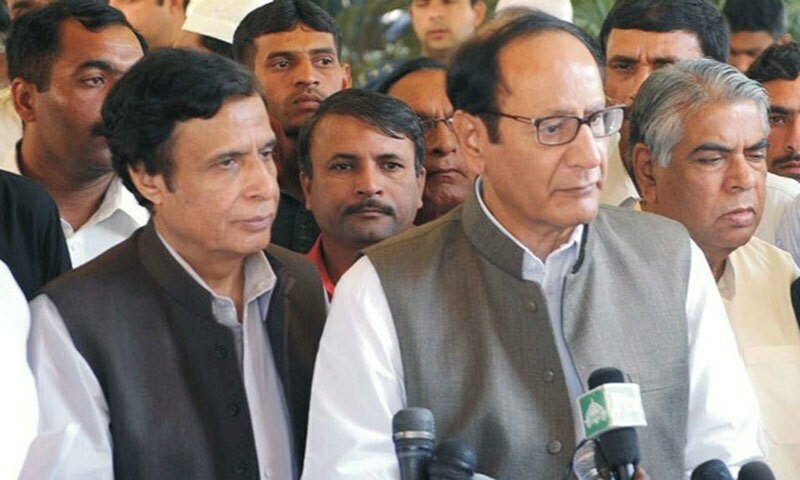 GUJRAT: Political crisis over the Punjab chief minister election has created chances for new political alignments in the local politics following a clear split in the ranks of PML-Q leadership.

Since the Parvez Elahi camp has been holding sway in party affairs in Gujrat for the last one decade, none of the local party officials spoke in favour of PML-Q chief Chaudhry Shujaat Hussain regarding his letter supporting the candidature of PML-N’s Hamza Shehbaz instead of his cousin Parvez Elahi, party’s Punjab president.

However, Chaudhry Shujaat and scions may find some new allies from the camps of their family’s traditional rivals in Gujrat as some leaders of the PML-N and PPP belonging to Nawabzada, Kaira and Pagganwala families have commended Shujaat Hussain’s support for Hamza.

On the other hand, PTI and PML-Q workers staged demonstrations against the decision of party chief as well as deputy speaker’s ruling of cancelling PML-Q votes.

Some Q workers also lodged protest in front of the Zahoor Elahi house, the Gujrat residence of Chaudhrys, and chanted slogans against party chief and his son Salik Hussain, a member the federal cabinet.

Though Shujaat Hussain did not contest any election from his native constituency in Gujrat city NA-69 after being defeated by PPP’s Chaudhry Ahmed Mukhtar (late) in 2008, his elder son Shafay Hussain has been lobbying to contest from the city in the next general elections whereas Salik Hussain had won by-election from an NA seat of Chakwal after Parvez Elahi vacated both NA seats he had won from Gujrat and Chakwal districts to retain his Punjab Assembly seat from (Kunjah) Gujrat.

Parvez Elahi contested last two elections from NA-69 which is now being held by his son Moonis Elahi.

Mainly, NA-69 is the constituency where late Chaudhry Zahoor Elahi and then his son Shujaat Hussain had contested the elections since 1970 and now Parvez Elahi and Moonis Elahi have been leading the family’s politics here.

Interestingly, the Pagganwalas and Servis group of former federal minister Chaudhry Ahmed Mukhtar and Chaudhry Ahmed Saeed had been the main political rivals of the Chaudhrys in that constituency until 2013.

However, the death of former MNA Mian Mushtaq Hussain Pagganwala who defeated Zahoor Elahi and then the demise of Ahmed Mukhtar and Ahmed Saeed had weakened the rival camps of Chaudhrys.

Analysts say that Shujaat camp may find support from old foes in Gujrat in case of Salik and Shafay’s doing electrical politics from the native town whereas the Parvez camp already enjoys the support of most of the Q figures and the PTI.

Some see strong chances of a cousin versus cousin competition in the future elections of Gujrat.

Adviser to Prime Minister Qamar Zaman Kaira, ex-MNA Sameena Pagganwala of the PPP and PML-N’s district president Tahirul Mulk, Gujrat Municipal Corporation former mayor Haji Nasir Mahmood and ex-MPA from city Haji Imran Zafar of the PML-N and several other officials welcomed the decision of the PML-Q chief terming it a wise step to save the country from a crisis.

They all were unanimous in commending Chaudhry Shujaat, highlighting a new era of politics in Gujrat.