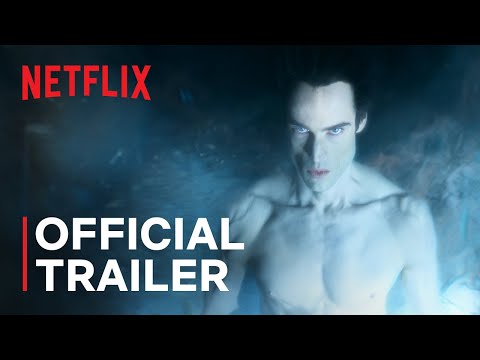 It feels like we've been hearing tidbits of information about Netflix's The Sandman for years, but we are inching closer to the series premiere.

The cast and crew took to San Diego Comic-Con on Saturday to unveil a full-length trailer, and it looks like another winner.

"When the Sandman, aka Dream (Tom Sturridge) — the powerful cosmic being who controls all our dreams — is unexpectedly captured and held prisoner for over a century, he must journey across different worlds and timelines to fix the chaos his absence has caused," reads the official logline.

Based on the beloved award-winning DC comic series written by Neil Gaiman, The Sandman "is a rich, character-driven blend of myth and dark fantasy woven together over the course of ten epic chapters following Dream’s many adventures," according to Netflix.

The production values on the show look insane.

We're spoilt for choice when it comes to fantasy dramas in 2022, and we have Lord of the Rings Rings of Power on the way, as well as House of the Dragon.

Where will The Sandman fit into that?

For a start, it looks much darker than those two shows, which is probably a good thing given the dark themes at play.

Check out the full trailer below and hit the comments.

Will you be watching The Sandman when it launches?

Today24.pro
The Shins Off-Air Performances How To Get Rid Herpes Virus with Autophagy Fasting? - Natural Treatment For Herpes by Dr. Berg Athletics give up three more homers, are swept by Giants in Bay Bridge Series Why didn't Jamaica join Canada? (Short Animated Documentary)