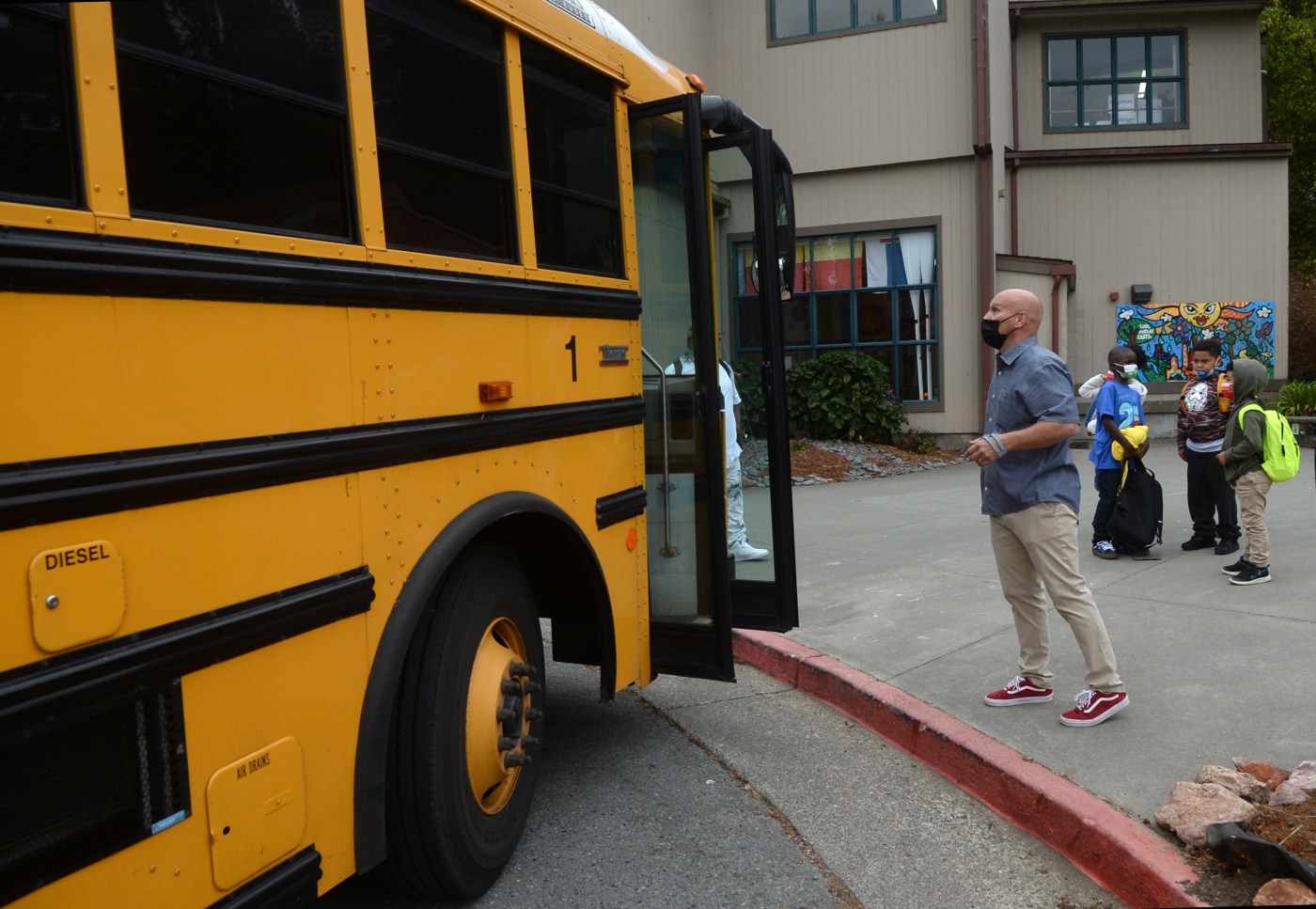 Children and parents in the Sausalito Marin City School District can look forward to reliable bus transportation for the 2022-23 school year, officials said.

The district’s board of trustees voted 5-0 Thursday to approve a one-year, $161,000 school bus contract with Michael’s Transportation Inc. of Vallejo.

“We need to ensure our children have transportation on day one,” Ida Green, the board president, said before the vote. “And that we have ongoing transportation starting on the first day of school.”

Bus service ran into problems last fall amid equipment failures, late arrivals and driver shortages involving a different company. The situation was not stabilized for about the first six months of the school year.

The difficulties coincided with the district’s launch of a unified school, Dr. Martin Luther King Jr. Academy, which required elementary children in Marin City to attend school at the Sausalito campus.

Under the unification, the Sausalito campus serves transitional kindergarten through fifth grade, while the Marin City campus serves sixth through eighth grade.

After a contract with the other company fell apart, Michael’s Transportation was hired to fill in earlier this year on a short-term basis. The company then submitted a proposal to the district for a full-year contract.

The contract, for 180 days at $795 per day plus a fuel surcharge, will cover three bus runs between Marin City and Sausalito in the morning and early afternoon, and from Sausalito to Marin City in the early evening to accommodate after-school activities.

“This is very good news for the community,” said Kate Lane, assistant superintendent at the Marin County Office of Education. “They will be ready to rock and roll on the first day of school.”

About $26,000 is expected from voter-approved Measure AA tax money that is earmarked for school bus transit to relieve traffic congestion in the county, said Dan Cherrier, a manager at the Transportation Authority of Marin.

Cherrier said TAM would assign the Measure AA funds to Marin Transit, which would in turn deliver them to the district to offset the cost of the bus contract.

The other financial assistance of about $60,000 is expected to come from the Marin County Board of Supervisors through the office of Supervisor Stephanie Moulton-Peters, who represents the southern part of the county.

Moulton-Peters said Friday that the county’s offer was a three-year package of $60,000 per year and also aims to ease traffic congestion.

“Mostly though, we just want to be good partners with the school district,” she said. “We are committed to three years.”

Still undecided is whether the district will contract for chaperone services for the younger children at the three bus stops in Marin City. Last year, Performing Stars of Marin handled chaperone services under a grant from the Marin County Probation Department.

Itoco Garcia, the school district’s superintendent, said he had not yet heard if that grant was available again, or if Performing Stars was interested in repeating the service. Alternatively, he said, there could be a group of parents who might want to take over the chaperone duties.

“The more we can have parents engaged, the more we won’t need chaperones,” he said.

Green said she would like to consider chaperone service again because there could be some very young children who are just starting school for the first time.

“For the comfort of families, it might be wise,” she said.

Watch: MAGA fan accuses CPAC organizers of bilking him out of money to watch Trump from the 'overflow room'

Today24.pro
The Shins Off-Air Performances 2023 Audi S3 & RS3 Buyers Guide Is it worth it? How does it compare? Chinese Tourist Hot Spot Sanya Imposes COVID-19 Lockdown College students are quietly one of Chipotle's most important customers