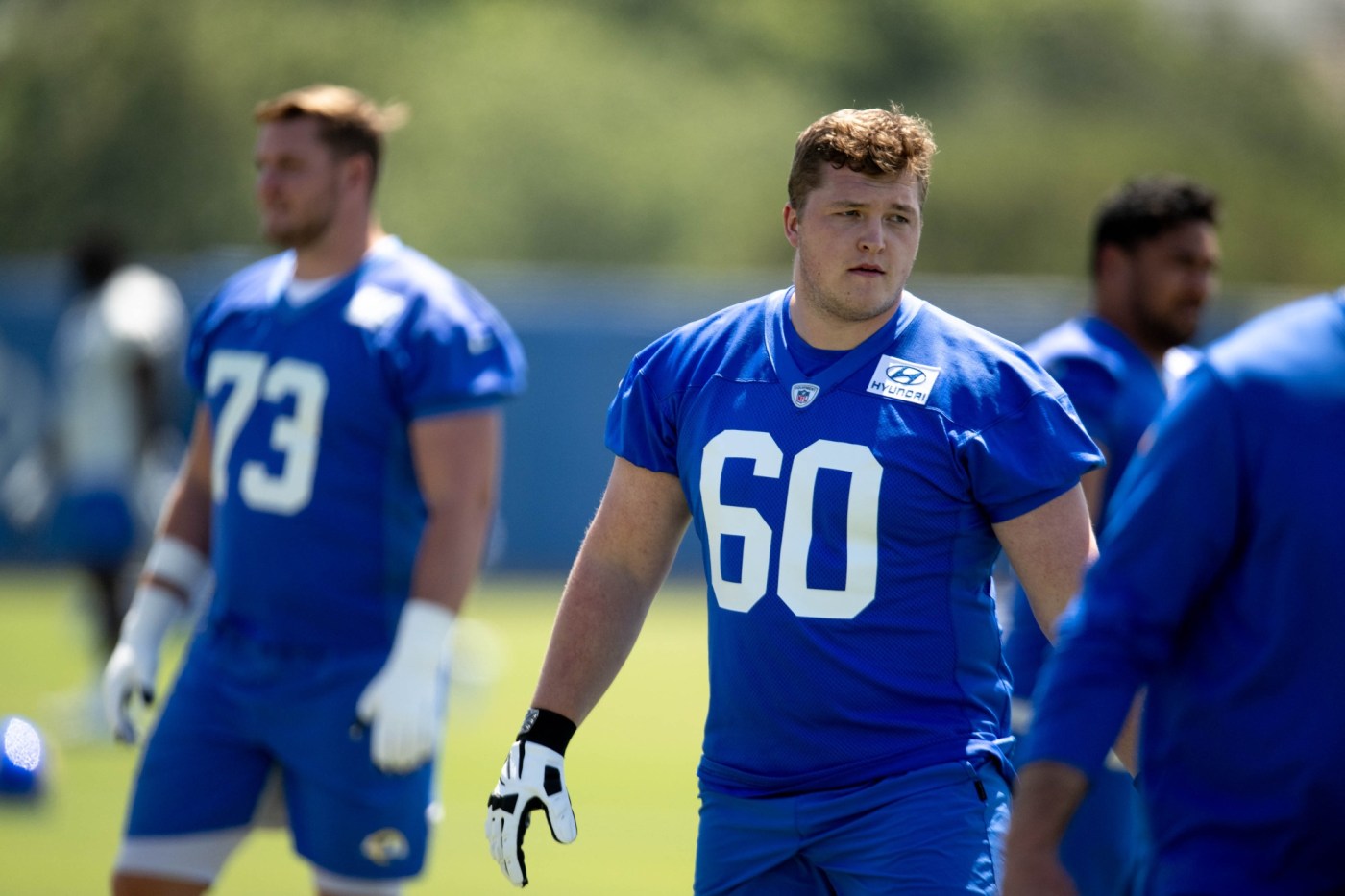 The Rams start their Super Bowl championship defense Sunday as training camp gets underway at Crawford Field at UC Irvine.

As for all teams, camp won’t be without some competition for positions. Here are the top three trainin camp battles too watch:

The biggest uncertainty heading into training camp might be at starting right guard, a vacancy created by Austin Corbett’s departure to the Carolina Panthers. Bruss, the Rams’ first pick in the 2022 draft, seems to be the favorite after center Brian Allen and right tackle Rob Havenstein shared praise for the rookie from Wisconsin on Saturday. Shelton started two games last season and has three years of experience. Evans could be in the mix, but the team might prefer to keep him as a backup tackle.

The Rams have depth and plenty of star power on defense, but they’re thin at edge rusher behind Leonard Floyd. Hollins said in May he’s confident he’ll fill the starting vacancy left by Von Miller, and that could come to fruition because of his versatility and knack for making plays. But Hollins admitted Saturday that he needs to work on his pass-rushing skills to generate more sacks. He has only six career sacks in three seasons. There are high hopes for Lewis, a 2020 third-round pick, but he has struggled to stay healthy.

Jefferson likely holds the No. 3 position behind Cooper Kupp and newcomer Allen Robinson because of his knack for getting open with crisp routes and physical play. But the explosive Atwell could make a push if he finds his footing in Year 2 after an injury-riddled rookie season. The wide receiver room could get crowded if the team decides to bring back Odell Beckham Jr., who’s rehabbing from a torn ACL.

New Novato restaurant a step back in time